Despite numerous warnings that the online advertising business is rife with fraud, marketers continue to waste billions--an estimated $7 billion, at least, this year--on buying online ads that people do not see, according to the Association of National Advertisers. 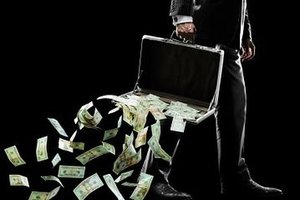 The trade group and ad fraud detection firm White Ops Inc. conducted a study last year that tracked online ad buys of 49 brands from August through September and found that fraud levels are “relatively unchanged” from a similar study the two parties conducted in 2014.

Once a dirty little secret, the problem of fake Web traffic generated by so called “bots,” computer programs that mimic the mouse movements and clicks humans make to give the impression that a person is visiting a website that then lures in advertisers, has gotten a significant amount of attention over the past few years. Trade groups and others have sought to inform marketers about the dangers that lurk on the Web and expose just how big of a financial drain the problem has become by conducting studies. As a result, marketers, publishers and trade groups have been trying to clean up the problem of bogus online traffic.

But so far there has been little change, according to the most recent study. Moreover, for some advertisers that participated in the 2015 study, things got worse and more fraud traffic was detected. The ANA said that in the 2015 study advertisers found between 3% to 37% of their ad impressions were created by bots compared to the prior study where the bot traffic ranged from 2% to 22%.

Bob Liodice, chief executive of ANA, said the industry has been slow to take action and must do more to fix the vexing problem. “As an industry, when faced with huge issues, we become paralyzed,” he added. Companies could lose more than $7 billion globally this year to ad fraud, the ANA and White Ops estimate.

ANA members that participated in the study include McDonald’s, Anheuser-Busch InBev and Unilever. White Ops estimates that the participants could have lost $250,000 to $42 million on an annualized basis because of fraud. The company came up with those figures by taking the study period losses and extrapolating them for the year. The bad guys creating fraudulent traffic make money in several ways, including by creating their own websites and using the fake audience to attract advertisers or by charging legitimate publishers to direct traffic to their sites.

The new study showed that display and video ads bought using automated systems continued to be a problem area and had a significantly higher level of fraud compared to ads that were purchased via human sales forces. Video ads, one of the fast-growing parts of the online ad business, preformed far worse than display ads bought “programmatically.” Another red flag: Ads bought from publishers that use so called “sourced traffic,” which is when publishers hire third-party firms to drive traffic to their websites, were three-times as likely have fake traffic, White Ops found.

White Ops Chief Executive Michael Tiffany said trying to clean up the problem is tough. The reason for fraud still creeping in, Mr. Tiffany said, was that many of the advertisers still bought ads from exchanges that sell ad space on less premium Web sites, where fraud levels can be higher. And on direct buys (non-automated), the advertisers did nothing to disincentivize traffic sourcing, a key source of bots.

Despite the ongoing fraud problems, digital ad spending continues to grow at an impressive clip. Display ad spending in the U.S. grew 24.1% to $26.15 billion last year while spending on online video ads jumped 42.4% to $7.46 billion, estimates eMarketer. “Theoretically, we [marketers] should be pulling back from the digital supply chain because of all the issues such as fraud, the lack of transparency, ad-blocking and viewability,” said Mr. Liodice. Still, Mr. Liodice believes advertisers will pull back “if we do not successfully mitigate these issues.”