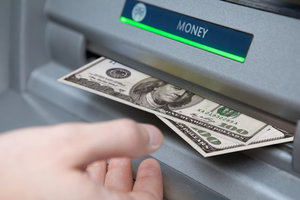 It contains more than 30 separate modules that can be tailored to the computer it's infecting. One of the most powerful components automatically rolls back ATM transactions shortly after they're made.

As a result, people with payment cards from a compromised bank can withdraw nearly unlimited sums of money from ATMs belonging to another bank. Because the Metel module repeatedly resets card balances, the criminals never pass the threshold that would normally freeze the card. Last year, the rollback scheme caused an unnamed bank in Russia to lose millions of rubles in a single night. Metel usually gains an initial foothold by exploiting vulnerabilities in browsers or through spear phishing e-mails that trick employees to execute malicious files.

Members of the Metel hacking gang then use legitimate software used by server administrators and security researchers to compromise other PCs in an attempt to further burrow into the targeted network. They will often patiently work this way until they gain control over a system with access to money transactions, for example, PCs used by call center operators or IT support.

"As a result, each time when criminals picked up the money from a card of the compromised bank in an ATM of another bank, [the] infected system automatically rolled back the transactions," security researchers with Kaspersky Lab, the security firm that uncovered the Metel attack platform, wrote in a blog post published Monday. "That’s why the balance on the cards remained the same, allowing the cybercriminal to withdraw money limited only by the amount of cash in the ATM. The criminals made similar cash-outs at different ATM machines."

Kaspersky researchers provided two other examples of APT-style techniques used against financial institutions, including:The so-called GCMAN group, which gets its name because its malware is built using the GCC compiler. Like Metel, its members gain an initial foothold into financial institutions using spearphishing e-mails and from there use widely available tools such as Putty, VNC, and Meterpreter to broaden their access. In one case, GCCMAN members had access to one targeted network for 18 months before siphoning any funds. When the group finally sprang into action, it used automated scripts to slowly transfer funds—about $200 per minute—into the account of a so-called "mule," who was designated to withdraw the money.

The Carbanak 2.0 malware, which in one recent case used its access to a financial institution to change ownership details of a large company. The records were modified to list a money mule as one of the shareholders. After attacking a variety of banks last year, the gang took a five-month sabbatical that caused Kaspersky researchers to think it had disbanded. In December, Kaspersky confirmed the group was active and had overhauled its malware to target new classes of victims.

Kaspersky researchers said all three gangs appear to be active and are known to have collectively infected 29 organizations in Russia. The researchers said they suspect the number of institutions hit by the groups is much higher. Kaspersky reports provide a list of indicators administrators can check to see if their networks are also infected.