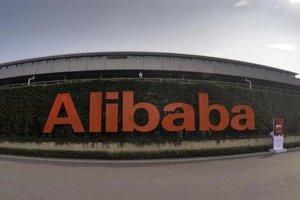 Analysts said the report from The Paper led to the price of Alibaba's U.S.-listed shares falling as much as 3.7 percent in late Wednesday trade. An Alibaba spokesman on Thursday said the company detected the attack in "the first instance", reminded users to change passwords, and worked closely with the police investigation.

Chinese companies are grappling a sharp rise in the number of cyber attacks, and cyber security experts say firms have a long way to go before defenses catch up to U.S. counterparts. In the latest case, hackers obtained a database of 99 million usernames and passwords from a number of websites, according to a separate report on a website managed by the Ministry of Public Security.

The hackers then used Alibaba's cloud computing platform to input the details into Taobao. Of the 99 million usernames, they found 20.59 million were also being used for Taobao accounts, the ministry website said. The hackers started inputting the details into Taobao in mid-October and were discovered in November, at which time Alibaba immediately reported the case to police, the ministry website said. The hackers have since been caught, it said.

Alibaba's systems discovered and blocked the vast majority of log-in attempts, according to the ministry website. The hackers used compromised accounts to fake orders on Taobao, a practice known as "brushing" in China and used to raise sellers' rankings. The hackers also sold accounts to be used for fraud.

Alibaba's spokesman said the hackers rented the cloud computing service, but declined to comment on security measures designed to stop the system being used for the attack. He said they could have used any such service, and that the attack was not aided by any possible loopholes in Alibaba's platform. "Alibaba's system was never breached," the spokesman said. The number of accounts, 20.59 million, represents about 1 out of every 20 annual active buyers on Alibaba's China retail marketplaces.