Six people have been charged so far in connection with a scheme to manipulate Connecticut Lottery terminals to produce more instant winning tickets in the 5 Card Cash game, authorities said Tuesday. 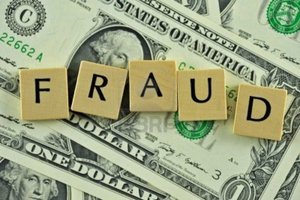 Former lottery retailers from Bloomfield and Windsor were identified Monday as being among those charged with three felonies: first-degree larceny, first-degree computer crimes and rigging a game. Vikas Patel, 32, of Windsor Avenue, Windsor, and Pranav Patel, 32, of Revere Drive, Bloomfield, posted $25,000 bail and are scheduled to be arraigned Monday at Superior Court in Hartford. Both were arrested Friday. The others charged, according to the Department of Consumer Protection, are lottery retailers or their employees.

They were identified Tuesday as Prakuni Patel and Rahul Gandhi, both of Jobs Road, Wallingford; Sedat Kurutan of Wild Cherry Drive, Naugatuck; and Moinuddin Saiyed of Freedman Drive, Norwalk. They were arrested between Feb. 29 and March 7, according to court records. All have posted bail.

The 5 Card Cash game was suspended in November after Connecticut Lottery and state Department of Consumer Protection officials noticed there were more winning tickets than the game's parameters should have allowed. The game remains suspended. An investigation determined that some lottery retailers were manipulating lottery machines to print more instant winner tickets and fewer losers.

William E. Ryan, director if the gaming division at the Department of Consumer Protection, said the investigation is ongoing and more arrests are expected. Vikas Patel, owner of Hartford Liquor at 212 Capen St. in Hartford, and Pranav Patel, owner of Center Spirit Shoppe at 32 Bridge St. in the Collinsville section of Canton, are accused of manipulating the lottery terminals in their stores to produce more winning tickets. They are accused of then cashing the tickets and taking the proceeds.