A seemingly benign group of hackers is taking over the social media accounts of big personalities in the wake of the leak of hundreds of millions of LinkedIn passwords. 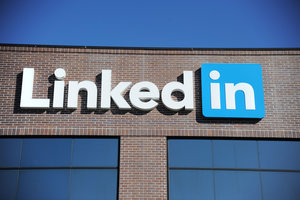 The only thing these targets have in common is that they are relatively famous, and all have a LinkedIn account. It’s unclear how the hackers are taking over the accounts, but there’s some circumstantial evidence that supports the theory that they might be using passwords stolen from LinkedIn back in 2012, which are now being traded in the dark web. 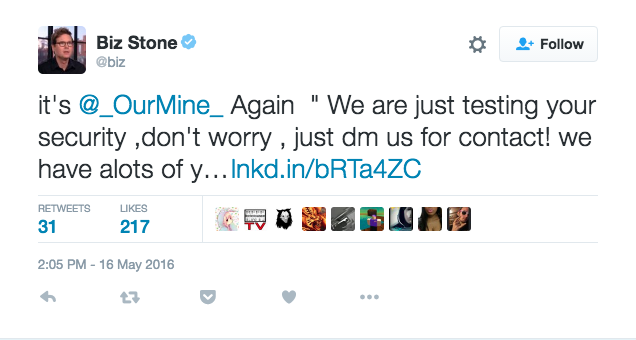 Considering the link tweeted by the hackers while they had control of this other “service” is a LinkedIn short URL, it’s likely that service is actually LinkedIn—and that Stone had previously connected the two accounts, so that his posts on LinkedIn could be reposted on Twitter without having to enter a password.

A LinkedIn spokesperson confirmed that there have been some account takeovers. “We are aware of this and our investigations team is taking action,“ the spokesperson told me. The value of the LinkedIn data, even if it was seemingly old, was precisely that it could open the door to accounts from other services given that people tend to reuse passwords.

“[You can] get access to other shit,” the hacker Peace, who is selling the LinkedIn database on a dark web market, told me earlier this week. In the cases of Persson, Hartman, and Choi, the hackers seem to have compromised not just one service but several, which likely means they were using the same password from their LinkedIn account. (Perrson, Hartman and Choi did not respond to a request for comment.)

The hackers also bragged about taking over a LinkedIn account that appeared to belong to Twitter and Square CEO Jack Dorsey, but a Square representative said this was not his real account. 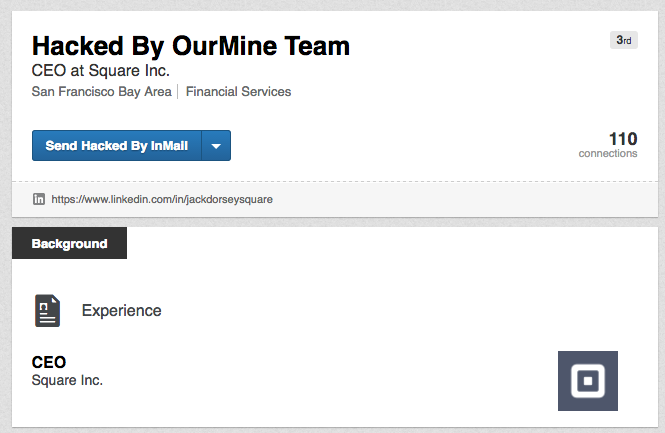 A member of OurMine Team denied that they were using data from the LinkedIn hack, and said they’re using “exploits,” and “0days,” which are unknown software flaws. The hacker, however, declined to provide any details on what these exploits are.

Jelly’s spokesperson said that the hack “was benign, and settled quickly.” But regardless of benign intentions, the group is still hacking into people’s accounts, something that not only ethically questionable, but most certainly illegal.