On Sunday evening, Japanese newspapers reported that an ATM heist involving around 1,400 machines in convenience stores resulted in the loss of 1.4 billion yen ($12.7 million). 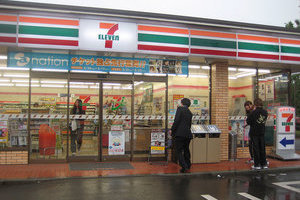 The theft took place on May 15, a Sunday, between the hours of 5am and 8am. ATMs were targeted across Tokyo and 16 other prefectures in the country. Police said they believe up to 100 people were involved in the heist.

The thieves apparently went to ATMs like those found in 7-11s across Japan and swiped counterfeit South African credit cards, created using information from cards issued by South Africa's Standard Bank. At each of the approximately 1,400 ATMs that were struck, the culprit withdrew 100,000 yen (about $900), which is the maximum withdrawal permitted on the machines.

Standard Bank is estimating its total losses at 300 million rand ($19 million) “prior to any potential recoveries that may serve to reduce the loss.” The bank said none of its customers will suffer the losses from the international fraud scheme.

By using foreign cards to withdraw cash and by making the withdrawals early Sunday morning (5am on Sunday in Tokyo is 10pm Saturday night in Johannesburg, South Africa), the criminals avoided immediate detection. Members of the gang may no longer be in Japan.

Visa and Mastercard, the companies supporting the shift to the new card standard, have given ATM owners in Japan until October 1, 2017 to support chip-and-pin cards or risk liability for fraud. No one has yet been arrested in the matter, but experts  say that “police intend to identify the suspects by analyzing the images recorded by security cameras.”