As businessmen tend to choose more secure data protection and storage software in light of Edward Snowden's revelations, researchers are wondering about the potentially dramatic consequences this may have for the future of the Internet. 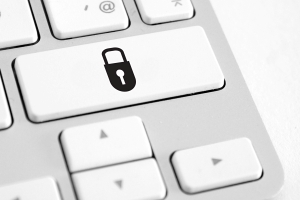 A survey of more than 1,000 businessmen across the world shows that most of them favor more secure forms of data storage as the whistleblower's disclosures continue to reverberate.

Governments are responding to the trend by encouraging efforts to reroute regional online traffic locally, rather than through the United States. Paradoxically, US high-tech giants, including Facebook and Google, may be hit hard in the coming years by a global backlash against technology "made in the USA".

"The Snowden revelations have led to a paradigm shift in how IT decision-makers buy technology. Now companies are not just competing on price and quality, they are also competing on geography. This might be the final nail in the coffin for the vision of a global, borderless internet," said Daniel Castro, a senior analyst at the Information Technology and Innovative Foundation.

The survey revealed that 90 percent of leading businessmen from France, Germany, Hong Kong, Britain and the United States took Snowden's revelations seriously and changed their attitude to "cloud" computing – a storage service that allows data to be accessed from anywhere in the world. Businessmen are giving up "cloud" in favor of safer storage locations. At least 15 percent of those surveyed said that they had delayed or cancelled their contracts with "cloud" providers.

In June 2013, a fugitive former IT-service contractor of the US National Security Agency (NSA), Edward Snowden, leaked documentary evidence of massive electronic surveillance by the NSA worldwide. On August 1, Snowden was granted temporary one-year asylum in Russia. Snowden's leaks have strained relations between the US and Latin American countries, forcing Brazil’s Dilma Rousseff to cancel her planned official visit to Washington amid reports that her cellphone had been tapped by US secret services.

The NSA has used its sophisticated software to spy on high-ranking officials in the European Union and EU diplomats by accessing their e-mail and smartphone data.