Google: the authorities are increasingly requesting access to data

Representatives of Google said that the number of applications for authorities of different countries with requests for information has increased in the last four years 120%. 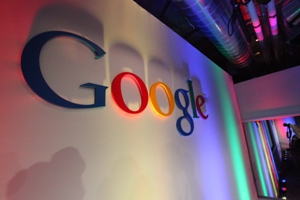 Increase the number of appeals is often associated with growth in the number of Google users, however representatives of the company say that the authorities more and more countries are trying to get the information they need from the Internet giant. In this connection Google again offered to develop the main principles of providing information to public authorities. The message of the company has made 53 356 inquiries relating to company data.

Most of the calls came from the U.S. authorities, but these figures do not reflect mass monitoring of electronic communications, the Agency of national safety of the USA (NSA). Starting from 2009, Google twice a year publishes the Report "transparency".

The Company Google doesn't answer all requests for information. In the period from July to December 2013 69 % of 1397 requests from the governments of great Britain, were satisfied. In the USA the information was provided in 83% of 10574 cases. We constantly refuse to satisfy the requests to provide extensive information, he wrote the legal Director of the company Richard Salgado.

But at the same time, it is important that from attempts of unauthorized eavesdropping by the authorities of users defended the laws". The words of Salgado, in the development of the reform of the information collection procedures Google cooperates with eight other companies.

One of the main goals of the reform should be the strategy of transparency. After confessions of a former American intelligence Edward Snowden on the scope and methods of the activity NSA many companies in the telecommunications urge the authorities of various countries to follow the principles of openness and accessibility. The Internet giant has joined forces with other major companies in this sector - Facebook, Microsoft, and Twitter - and now fighting for the right to publish in open access request information security services.

Week back two employees of Google Shane HUNTLEY and Morgan Marquis-Bouar published data on the number of outbound from the authorities of the different countries of hacking attempts, produced on the sites of news organizations mail and individual journalists. the words of the company's employees, 21 of the 25 largest news organization in the world was subjected to attacks from hackers.

While private users also faced with similar attempts, the number of hacking attacks on network resources journalists were much higher. HUNTLEY and Marquis-Bouar will present results of their research in Singapore at the conference Black Hat, devoted to network security problems. "If are you a journalist or employed by a news organization, you will become a target ordered by the state to a hacker attack.

We are confronted with it in all countries, regardless of the region," said HUNTLEY. For example, he led the Chinese hackers who broke into the American news Agency through distribution of the staff of this Agency fake questionnaires.