At least two smishing (SMS phishing) campaigns have hit iOS users in the past week, with over 7,500 users clicking the malicious links and ending up on phishing pages designed to con them out of their Apple login credentials. 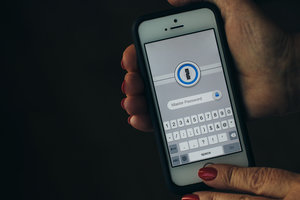 Intel McAfee security experts first discovered something was wrong on July 27, when their security products started picking up suspicious SMS messages from a US number.

These messages had the format of an email, containing fields such as FRM, SUBJ, MSG, but all contained Bit.ly short URLs. Users are redirected to hacked sites hosting phishing pages. Researchers say that users who clicked on this link ended up on a hacked website, where a message was displayed, telling them they had to verify their account as soon as possible, or Apple would lock it. Curiously, the same message asked readers not to mark the message they received as spam, hinting that this smishing campaign has its origins in a possible counterpart that's targeting email users alike.

This message also contained a link to where the user could verify their Apple accounts by signing into their profiles. Of course, this was nothing but a phishing page meant to steal the user's login details. Intel McAfee says both these pages were hosted on compromised websites.

"Only two campaigns active, many others in the past"

Taking a look at the statistics for the Bit.ly link, researchers discovered that 1,765 users had clicked on the link they received in the SMS, with the vast majority being from the US. Following this pattern, the Intel McAfee team uncovered another similar campaign that started five days earlier, on July 22. 5,784 users had clicked on the Bit.ly link included in this set of smishing messages, and yet again, most of them were from the US. Researchers also discovered many other similar campaigns, but all were inactive, with only the two above still wreaking havoc. 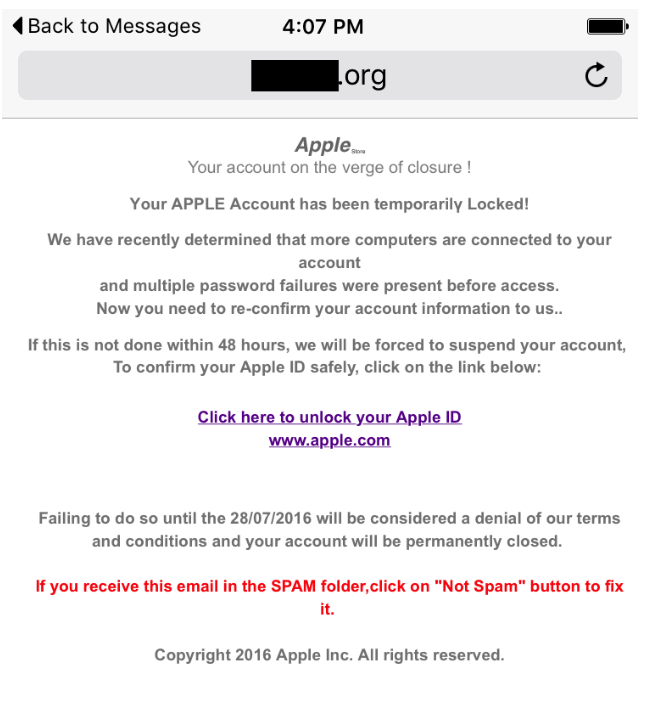