This is what the world's spies used instead of MSN messenger

What do spies use to chat online? A terribly ugly Windows programme. 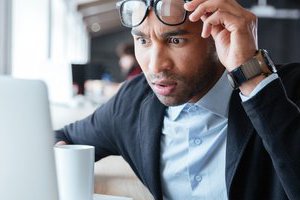 At least, that's what the Five Eyes intelligence alliance (made up of the US, UK, Australia, New Zealand and Canada) was using back in 2003, according to a newly released Snowden document.

“The Five-Eyes SIGINT [signals intelligence] Directors will soon be using a new tool to enhance their collaboration on subjects ranging from current intelligence objectives to future collection planning,” reads an issue of SID Today, the NSA's internal newsletter, dating from September 2003. InfoWorkSpace (IWS), as the tool is called, allowed text chat, audio conferencing, shared screen views, and virtual whiteboards, the newsletter explains. It adds that, at the time, some 4,000 NSA and Five Eyes employees were already using IWS to work on a number of topics, such as international terrorism, real-time collection coordination, and Operation Enduring Freedom, the term given to operations in Afghanistan from 2001 to 2014. The newsletter announcement refers to SIGINT Directors gaining access to the tool.

Another Snowden document published by The Intercept notes that senior officials held their first virtual meeting with IWS around December 2003, but that “GCHQ was unable to attend due to a computer failure.” A quick Google search brings up a much more recent 2011 YouTube video of the product, and dear god is IWS painful to look at now. Blocky textures, standard Windows fonts, and an overall clunky experience make up one of the most unappealing graphical user interfaces you could think of today.

IWS is made by New Hampshire-based company Ezenia, and in the video, a company narrator says, “We keep the Department of Defense communicating, from the soldiers in the field to the three-letter agencies at the top of the information chain.”

The company uses established standards for communication such as XMPP, the same protocol you might use for instant messaging online, and promises “military-grade encryption,” according to the video. The product is now available for commercial use too. To be fair, IWS sounds pretty advanced for its time back in 2003: having all that functionality in one place would have certainly been useful. But here's hoping you could change the display settings.