Yahoo! says half a billion accounts breached by nation-sponsored hackers

At least half a billion Yahoo accounts have been breached by what investigators believe is a nation-sponsored hacking operation. 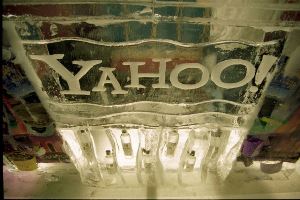 "We have confirmed, based on a recent investigation, that a copy of certain user account information was stolen from our networks in late 2014 by what we believe is a state-sponsored actor," Lord wrote. "The account information may have included names, e-mail addresses, telephone numbers, dates of birth, hashed passwords (the vast majority with bcrypt), and, in some cases, encrypted or unencrypted security questions and answers."

Lord didn't say why the company waited 18 or more months to disclose the intrusion, but given the mention of a "recent investigation," one possible explanation is that the company only learned of the mass compromise in the last few weeks. The notice comes as Yahoo is completing a $4.8 billion deal to sell its core business to Verizon. Lord didn't say what led investigators to suspect the hacking operation was sponsored by a nation, what country investigators believe is behind the attack, or how long the attackers remained inside the Yahoo network before they were discovered. Investigators believe the hackers are no longer inside the network.

Yahoo is working with unspecified law enforcement authorities in response. The company is also in the process of notifying potentially affected account holders of the breach and asking them to promptly change their passwords and use new means of account verification. The company has also invalidated unencrypted security questions and answers. Officials are also recommending all users who haven't changed their password since 2014 do so now. Sometime in the past day or two, the company began displaying recommendations to users shortly after they logged in, suggesting users change their password.

Lord's mention of bcrypt refers to a mathematical operation used to safely store passwords by converting them into long strings of text. Unlike many hashing functions, bcrypt is extremely slow and also contains a unique cryptographic "salt" that makes the bcrypt-protected data among the hardest for attackers to convert into the plaintext password required to access a user account. Bcrypt would likely make mass deciphering next to impossible in this case.

"Even with substantial resources it's still slow," Jeremi Gosney, a password security expert and founder and CEO of Sagitta HPC, told. "Attacking all 500 million hashes at once, will incur a 500 million-fold slowdown against an already slow algorithm. Not a fun time, even for nation states. Super weak (like top50k) passwords will slowly but steadily fall, but any with even a hint of complexity are pretty safe."

The precise burden bcrypt imposes on the Yahoo attackers can't be calculated because the "cost factor" used to hash the passwords is unknown. Still, it's not clear what Lord meant by "vast majority." Even if 5, 10, or 20 percent of the passwords were protected by MD5 or a weaker function, that could put tens of millions or hundreds of millions of plaintext passwords into attackers' hands almost instantly. For that reason, anyone who used the same or similar password to protect a different account should change it as soon as possible.

Given the wide range of personal information exposed, the possibility of attackers obtaining plaintext passwords is only one of the major concerns stemming from the breach. Yahoo users should be wary of communications that may use some of the compromised data to trick them into clicking on links, divulging information, or taking other actions. There's no evidence the attackers obtained payment card data, or bank account information, or data associated with accounts from Yahoo's Tumblr site.

The breach is likely the biggest to ever hit a single service, and easily beats the 360 million password hash breach affecting social networking site MySpace that came to light earlier this year. Another notable hack that hit Linkedin in 2012 compromised 117 million accounts.