A US investigation into a leak of hacking tools used by the National Security Agency is focusing on a theory that one of its operatives carelessly left them available on a remote computer and Russian hackers found them, four people with direct knowledge of the probe told. 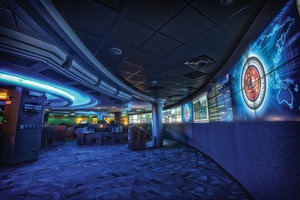 The tools, which enable hackers to exploit software flaws in computer and communications systems from vendors such as Cisco Systems and Fortinet Inc, were dumped onto public websites last month by a group calling itself Shadow Brokers.

The public release of the tools coincided with US officials saying they had concluded that Russia or its proxies were responsible for hacking political party organizations in the run-up to the Nov. 8 presidential election. On Thursday, lawmakers accused Russia of being responsible. Various explanations have been floated by officials in Washington as to how the tools were stolen. Some feared it was the work of a leaker similar to former agency contractor Edward Snowden, while others suspected the Russians might have hacked into NSA headquarters in Fort Meade, Maryland.

Investigators have not ruled out the possibility that the former NSA person, who has since departed the agency for other reasons, left the tools exposed deliberately. Another possibility, two of the sources said, is that more than one person at the headquarters or a remote location made similar mistakes or compounded each other's missteps.

Representatives of the NSA, the Federal Bureau of Investigation and the office of the Director of National Intelligence all declined to comment. After the discovery, the NSA tuned its sensors to detect use of any of the tools by other parties, especially foreign adversaries with strong cyber espionage operations, such as China and Russia.

That could have helped identify rival powers’ hacking targets, potentially leading them to be defended better. It might also have allowed USofficials to see deeper into rival hacking operations while enabling the NSA itself to continue using the tools for its own operations.

Because the sensors did not detect foreign spies or criminals using the tools on US or allied targets, the NSA did not feel obligated to immediately warn the US manufacturers, an official and one other person familiar with the matter said. In this case, as in more commonplace discoveries of security flaws, US officials weigh what intelligence they could gather by keeping the flaws secret against the risk to US companies and individuals if adversaries find the same flaws.

Critics of the Obama administration's policies for making those decisions have cited the Shadow Brokers dump as evidence that the balance has tipped too far toward intelligence gathering. The investigators have not determined conclusively that the Shadow Brokers group is affiliated with the Russian government, but that is the presumption, said one of the people familiar with the probe and a fifth person.

One reason for suspecting government instead of criminal involvement, officials said, is that the hackers revealed the NSA tools rather than immediately selling them. The publication of the code, on the heels of leaks of emails by Democratic Party officials and preceding leaks of emails by former US Secretary of State Colin Powell, could be part of a pattern of spreading harmful and occasionally false information to further the Russian agenda, said Jim Lewis, a cybersecurity expert at the Center for Strategic and International Studies. "The dumping is a tactic they've been developing for the last five years or so," Lewis said. "They try it, and if we don't respond they go a little further next time."