Even smaller criminal groups are using smart business tactics to help insulate them from risk, such as the Vendetta World online shop, which sells credit card numbers. 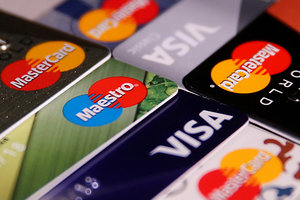 According to a report released by FireEye, the two criminals behind this operation are using relatively sophisticated business practices to evade prosecution and diversify their product supply. "Criminals are typically more direct," said Will Glass, threat analyst at FireEye.

"They'll see the cards themselves. You don't usually have what we see here, which is a well-organized network." FireEye dubbed the two criminals the "Vendetta Brothers" -- one is based in Spain, and the other in Eastern Europe, and they go by the aliases “1nsider” and “p0s3id0n.” "They have found various means of outsourcing the more tedious grunt work, like finding the point of sales systems," Glass said.

"By using intermediaries they can kind of shield themselves from investigators." In addition to partnering with other criminals who have physical access to payment terminals and can directly install malware or skimmers, they also work with people who have access to systems that can be infected virtually, and purchase leads by using spamming services to send malware-ridden phishing emails.

"This is a remarkable method of conducting operations," he said. That's especially the case because the Vendetta Brothers aren't a particularly large organizations. The Vendetta Brothers shop had just 9,400 payment cards for sale earlier this year. But those cards were stolen from 41 countries, with the United States, Sweden, Norway, Finland, and Denmark leading the list.

They recruit potential suppliers by splitting profits. Those who can install the malware in 10 devices or more get access to an information panel, where they can monitor the activity of those devices. FireEye was also able to get chat logs of customer support conversations during their investigation of this particular organization.

"Even in the criminal underground, there are people who don't get what they want," said Glass. "They're humans. At the end of the day, they're going to have issues with customer service." Some criminal groups have formal help desks, he added, though the Vendetta Brothers seem to handle customer disputes on a more informal basis. The Vendetta Brothers are examples of why enforcement is so difficult.

Any particular credit card number offered for sale on the site can come from a variety of sources, which makes it hard to trace it back to a compromised point of sale. And if someone in the supply chain does get caught, it doesn't affect the rest of the company. "These people might be low-level people, hired on a one-time basis," Glass said. Criminals have learned from previous law enforcement actions, he said. "They're putting more layers in between the top-level guys and the lower-level guys." They recruit on forums, on social media, and other channels, often through word-of-mouth. "Somebody knows somebody who knows somebody who knows somebody," Glass said.