A new kind of malware attack is looking to turn victims into hackers by making them pass the infection on to someone else. 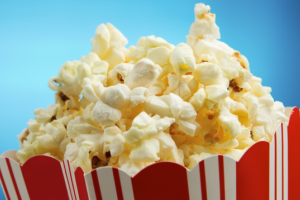 This is a new, inventive and a particularly mean kind of attack, and it is sure to put some people in a tricky position.

Unless, of course, they heed the warnings of the security community, which got to this before we did. If they did, they would have already installed the applicable AV software and all that noise. In the meantime, the security firm that put us onto this is called MalwareHunterTeam, and it does not seem to be selling us anything. It has posted information about the attack on Twitter and presumably given the threat the popcorn name because it is the sort of thing that might draw in spectators because of its cruel audacity.

However, perhaps it isn't all that bad. A screenshot from the attack says that the ransom money will be used for charitable purposes. These are the kind of people who randomly infect strangers' computers, but if we took them at their word here, this might be Robin Hood stuff. It is certainly robbing, but is it robbing good?

The ransom note is very revealing. It says that the team are students from war-torn Syria and that users can choose between the option of paying a ransom of one bitcoin or infecting two other people. It shows them in a taking mode and an apology mode.

"We are extremely sorry that we [sic] forcing you to pay, but that's the only way we can keep living," they say. "The money you gave will be used for food, medicine and shelter to those in need."

MalwareHunterTeam says that the attack is in its infancy, or is not yet finished. Hopefully, it won't make it out of the starting blocks. Bitcoins are very expensive these days and we might find it hard to narrow it down to just two people. Unless of course we could fire the attack back at the hackers.