Hong Kong brokers are being repeatedly targeted by hackers

Hong Kong's securities regulator said brokers in the city had suffered cyber attacks and warned of possible further incidents across the industry. 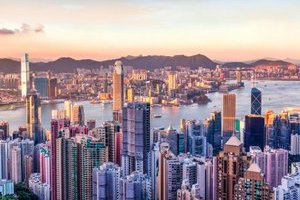 Regulators in Hong Kong have been stepping up efforts over the past year to combat the growing menace of cyber attacks on companies. A survey in November showed the average number of such attacks detected by firms in mainland China and Hong Kong grew a whopping 969 percent between 2014 and 2016.

In a circular to licensed firms late on Thursday, the Securities and Futures Commission (SFC) said it had been informed by the Hong Kong police that brokers had encountered so-called "distributed denial of service" (DDoS) attacks targeting their websites and received blackmails from criminals. "The DDoS attacks have caused service disruption to the brokers for a short period. It is possible that similar cyber security incidents would be observed across the securities industry," the SFC said in the notice.

Distributed denial of service (DDoS) attacks, among the most common on the Internet, involve cyber criminals using hijacked and virus-infected computers to target websites with data requests, until they are overwhelmed and unable to function. The SFC urged firms in the financial center to implement protective measures, including reviews of the IT systems and DDoS mitigation plans.