Tens of thousands of accounts associated with customers of Microsoft, Google, Facebook and Yahoo have their data turned over to US government authorities every six months as the result of secret court orders, the tech giants disclosed for the first time on Monday. 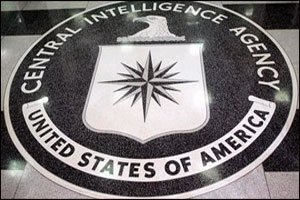 As part of a transparency deal reached last week with the Justice Department, four of the tech firms that participate in the National Security Agency’s Prism effort, which collects largely overseas internet communications, released more information about the volume of data the US demands they provide than they have ever previously been permitted to disclose.

But the terms of the deal prevent the companies from itemising the collection, beyond bands of thousands of data requests served on them by a secret surveillance court.

The companies must also delay by six months disclosing information on the most recent requests – terms the Justice Department negotiated to end a transparency lawsuit before the so-called Fisa court that was brought by the companies. In announcing the updated data figures, the companies appeared concerned by the lack of precision over the depth of their compelled participation in government surveillance.

“We still believe more transparency is needed so everyone can better understand how surveillance laws work and decide whether or not they serve the public interest,” said Google’s legal director for law enforcement and information security, Richard Salgado, in a post on the company’s official blog.

“Specifically, we want to disclose the precise numbers and types of requests we receive, as well as the number of users they affect in a timely way.” In the most recent period for which data is available, January to June 2013 – a period ended by the beginning of whistleblower Edward Snowden’s landmark surveillance disclosures – Google gave the government the internet metadata of up to 999 customer accounts, and the content of communications from between 9,000 and 9,999 customers.

Microsoft received fewer than 1,000 orders from the Fisa court for communications content during the same period, related to between 15,000 and 15,999 “accounts or individual identifiers”.

The company, which owns the internet video calling service Skype, also disclosed that it received fewer than 1,000 orders for metadata – which reveals communications patterns rather than individual message content – related to fewer than 1,000 accounts or identifiers.

Yahoo disclosed that it gave the government communications content from between 30,000 and 30,999 accounts over the first six months of 2013, and fewer than 1,000 customer accounts that were subject to Fisa court orders for metadata.

Facebook disclosed that during the first half of 2013, it turned over content data from between 5000 and 5999 accounts – a rise of about 1000 from the previous six month period – and customer metadata associated with up to 999 accounts.

Microsoft, Facebook and Yahoo also gave the FBI certain customer records – not content – under a type of non-judicial subpoena called a national security letter. Since disclosure of national security letters is not subject to a six-month delay under last week’s deal, Microsoft revealed that it received up to 999 such subpoenas between June and December 2013, affecting up to 999 user accounts. Facebook’s National Security Letter total was the same.

LinkedIn, the professional networking service, disclosed on Monday that it received the same total of generic “national security requests.” Brad Smith, Microsoft’s general counsel, posted on the company’s blog that “only a fraction of a percent of users are affected by these orders”, and argued that “we have not received the type of bulk data requests that are commonly discussed publicly regarding telephone records.”

But the disclosures only apply to data requests turned over to the NSA and FBI as the result of Fisa court orders. Documents that Snowden disclosed to the Guardian, Washington Post and other outlets show that the NSA also siphons communications and associated data from information in transit across the global communications infrastructure – without court orders, under authority claimed under a seminal executive order known as executive order 12,333.

“Nothing in today's report minimises the significance of efforts by governments to obtain customer information outside legal process,” Smith said, affirming that the company remained concerned about reports of clandestine government hacking and would continue to press for more transparency from the US government and others.

The data from Google shows a significant growth in internet content collection from its products by the NSA. In the first six months of 2009, the company gave the government data from up to 2,999 customer accounts, a figure that grew to between 12,000 and 12,999 customer accounts by the second half of 2012 before dipping to under 10,000 accounts in the first half of 2013.

But the data does not provide any indication of what accounted for the rise, beyond the growth in popularity of Google email and other internet products.

Kevin Bankston, the policy director for the Open Technology Institute in Washington, said the amount of information the companies were able to detail about their roles in US surveillance was “far less than what we need for adequate accountability from the government”.

“Lumping all of the different types of surveillance orders together into one number, then adding obscurity on top of obscurity by requiring that number to be reported in ranges of one thousand, is not enough to educate the American public or reassure the international community that the NSA is using its surveillance authorities responsibly," said Bankston, who like Google’s Salgado advocated legislation permitting the additional disclosure of “specific number of requests issued under specific legal authorities and the number of people affected by each”.

Nate Cardozo, a staff attorney at the Electronic Frontier Foundation, said the new information in the transparency reports was “a good first step” but added that large questions remained. Cardozo said the national security letters had all been “lumped together” and it was impossible to see what legal framework had been used to compel the companies to hand over information.

“It makes you question the government’s repeated assertions that it welcomes this debate,” he said.

Microsoft’s Smith lamented that “despite the president's reform efforts and our ability to publish more information, there has not yet been any public commitment by either the US or other governments to renounce the attempted hacking of internet companies.

“We believe the constitution requires that our government seek information from American companies within the rule of law. We'll therefore continue to press for more on this point, in collaboration with others across our industry.”

• An earlier version of this story stated in error that Google did not disclose the number of national security letters it had received. This has been corrected. It was further revised to remove an unsubstantiated description of Microsoft being a "major surveillance partner for the US government".