President Barack Obama on Friday laid out a vision of modest changes for the National Security Agency in a speech that will likely please neither reformers nor agency defenders. 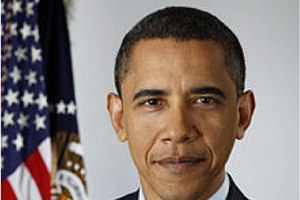 The speech, which took place in the Great Hall of the Justice Department building, came more than seven months after the leaks from former NSA contractor Edward Snowden began.

Acknowledging the public clamor those leaks have generated, the president nonetheless defended many of the agency's most controversial programs as necessary in the fight against terrorism. "The task before us now is greater than simply repairing the damage done to our operations; or preventing more disclosures from taking place in the future.

Instead, we have to make some important decisions about how to protect ourselves and sustain our leadership in the world, while upholding the civil liberties and privacy protections that our ideals – and our Constitution – require," Obama said.

"We need to do so not only because it is right, but because the challenges posed by threats like terrorism, and proliferation, and cyberattacks are not going away anytime soon, they are going to continue to be a major problem, and for our intelligence community to be effective over the long haul, we must maintain the trust of the American people, and people around the world."

Obama's speech followed on the heels of a bad December for the intelligence community, which saw a critical judge's ruling against the NSA's mass call tracking program and a surprisingly tough set of recommendations from a review panel that the White House had appointed itself.

That panel had recommended handing the collection of Americans' bulk phone metadata off to the telecoms and requiring judicial approval before it could be queried. In his speech, Obama sought to split the difference, promising to immediately narrow the number of "hops" away from a target number the NSA can query, work with the Foreign Intelligence Surveillance Court to gain approval for every search, and eventually either have the telecoms retain the data or create a third-party organization for that duty.

Before Obama's speech, a senior administration official portrayed those shifts as equivalent to "ending the program as it currently exists." But critics in Congress have charged that the program has little value on its own and called for ending it outright, and even the official acknowledged that the changes "practically speaking cannot be implemented at the flip of a switch."

"It’s a good first step, but it is not nearly as far as his Review Group recommended nor as far as Congress has proposed," Michelle Richardson, legislative counsel for the American Civil Liberties Union, told HuffPost in an email. "We appreciate that he is finally recognizing that there is a great privacy threat to the government collecting this data, but needs to expand that rationale way beyond the narrow phone records program under [the Patriot Act] to the many other types of records and other programs that have been revealed over the last 7 months."

Although the phone tracking program has aroused the most public ire – earning disapproval from 70 percent of Americans in one poll – it is only one of several that Snowden's leaks thrust into public scrutiny. Obama also said that he would direct the attorney general and the director of national intelligence to propose privacy reforms to a separate program that targets the content of foreign communications, extend some privacy protections already granted to American citizens to foreigners, and create a panel of legal advisors to weigh in on significant and novel questions before the secret surveillance court.

Obama will not, however, put new rules in place before the FBI can issue national security letters, which require businesses to hand over information on customers for national security investigations, and can be accompanied by gag orders. The White House review panel recommended requiring judicial approval for those letters – but the president rejected that idea.

Obama outlined many of the changes for the intelligence community in a presidential policy directive released simultaneously with the speech. But that executive document could be changed or erased with the change of an administration.

The fate of Obama's proposals now lies in the hands of a divided Congress, where the breadth of the NSA's surveillance has pitted the old guard in both parties against an unlikely coalition of progressives, tea partiers and even the author of the Patriot Act. But while frustration among rank-and-file members has grown with each new revelation, the outrage has yet to translate into action.

Most bills introduced following Snowden's leaks remain stalled in both chambers, and have neither been brought up for a vote nor even debated in committee. The closest Congress came to achieving reform was in July, when an amendment co-sponsored by Michigan Reps. Justin Amash (R) and John Conyers (D) failed by a narrow margin of 12 votes, after the administration, the intelligence community and House leadership in both parties lobbied against it. The measure would have stopped the NSA's collection of phone records.

Although it's unclear if the outlook among congressional leaders has changed, a top aide to House GOP leadership foreshadowed an uphill battle for any substantive changes to the scope of surveillance. Critics are also skeptical that Congress would take any drastic steps in an election year, especially when lawmakers don't need to reauthorize Section 215 of the Patriot Act, under which the NSA programs are lawful, until next year. And while Patriot Act author Rep. Jim Sensenbrenner (R-Wis.) has threatened to allow Section 215 to expire, it remains to be seen if the controversy has enough legs to last through 2015.

In the Senate, three leading NSA critics signaled that they were happy with the president's proposed changes to the call-tracking program – but believe that Congress needs to take the ball further.

"After the long push to rein in overbroad surveillance powers, we are very pleased that the president announced his intent to end the bulk collection of Americans' phone records," Senate Intelligence Committee members Mark Udall (D-Colo.), Ron Wyden (D-Ore.) and Martin Heinrich (D-N.M.) said in a statement. "Make no mistake; this is a major milestone in our longstanding efforts to reform the National Security Agency's bulk collection program."

But pointing to other programs – like PRISM, which they fear the NSA is using for so-called "backdoor searches" on Americans –  they added, "We also believe that additional surveillance reforms are necessary, and we will continue to push for these reforms in the coming weeks and months."