A researcher has flagged a bug in Google's Nest Cam and Dropcam Pro security cameras that allows an attacker within Bluetooth range to stop either device from recording. 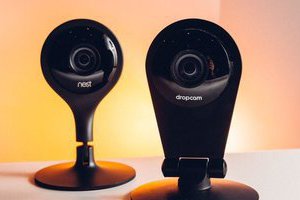 Bluetooth range, of course, is exactly where a burglar would be when planning to ransack a home, and with attack code now publicly available, an intruder could knock Google's security cameras off a wireless network for 90 seconds.

That mightn't sound so severe, but since the camera is designed to only store recorded footage in the cloud, the loss of connectivity means the device loses its surveillance capabilities for this period. A brief outage could be ample time for a burglar to slip by a camera without being recorded. Or worse, a burglar could run the attack repeatedly to keep the camera down for longer.

Security researcher Jason Doyle has published details about this and two other vulnerabilities this week, including attack code. He reported the issues to Google in October and told that he has published the bugs now because Google hadn't told him whether the issues were patched.

All three bugs affect the Nest Cam and Dropcam Pro's firmware version 5.2.1. The most serious issue allows an attacker within Bluetooth range to disconnect a Dropcam from the current Wi-Fi network for between 60 to 90 seconds. The disconnect is triggered when using Bluetooth to supply the camera with a different service set identifier, or SSID, to connect to than the existing network's SSID.

"Camera dissociates from current Wi-Fi network to attempt association with newly set SSID. The camera goes offline for approximately 60-90 seconds before returning to the original Wi-Fi network and resuming normal operation," he writes. The two other issues, also viable if the attacker is within Bluetooth range, cause the camera to crash and reboot to normal operation.

Doyle notes repeatedly in the disclosure that Bluetooth on the Nest cameras is "never disabled even after initial setup". The Nest Cam and Dropcam Pro require Bluetooth to set up the device on a Wi-Fi network if owners want to do this via smartphone or tablet, but it's not clear whether Bluetooth is necessary after setup is complete.

Other Nest devices such as Protect smoke and carbon monoxide detectors let users switch off an alarm without having to reach up to the device, but it's doubtful that the cameras need Bluetooth for similar purposes. Doyle suggests it isn't needed and notes that other cameras like the Logitech Circle switch off Bluetooth after Wi-Fi has been setup.

And since Bluetooth can't be disabled, concerned owners can't take any steps to prevent a robber from switching off their surveillance camera. Experts asked Google whether it will be making any changes to the surveillance cameras in response to the disclosure. A Nest spokesman responded by saying it is aware of this issue, has "developed a fix for it, and will roll it out to customers as soon as it's ready".