In December 2013 the District Judge Richard Leon ruled, according to which large-scale surveillance and gathering information about Internet users, implemented the National Security Agency (NSA), the United States, "are likely unconstitutional". 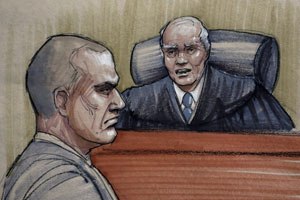 Now the country's Ministry of Justice hopes that another judge overturned the decision.

U.S. Department of Justice filed a complaint on the decision of the judge Leon on December 3. Agency intends to achieve recognition of the legality of surveillance of all citizens. "I am sure that the collection of data on citizens' telephone conversations and analysis violate the customer's expectations of privacy," - said in court Leon.

At the same time in late December, Federal Judge William Pauley that the trial was not presented evidence that the government used the data obtained as a result of wiretapping citizens not suspected of having links with terrorists. Thus, the court upheld the electronic eavesdropping.

Judge Pauley said that using the shadowing U.S. intelligence agencies received information "on virtually every phone call within the U.S., abroad or from abroad." But at the same time, he noted that the legality of such activities should be considered in the context of the 4th Amendment to the U.S. Constitution - the right of people to maintain their persons, houses, papers, and effects, against unreasonable searches and seizures.

Recall that in June this year, a former employee of IT-department of the U.S. National Security Agency Edward Snowden exposed mass program of electronic surveillance of U.S. intelligence. At home he is charged with violation of the laws of the secret information affecting national defense.

Snowden fled from the U.S. to Hong Kong, where he gave several interviews to local publications. August 1st Russian authorities decided to grant temporary asylum Snowden for one year. President Vladimir Putin said that Russia warned Snowden: any of its activities related to damage to US-Russian relations, the Kremlin is unacceptable.