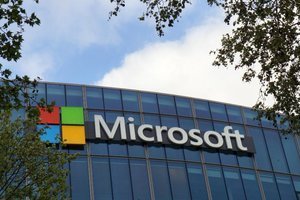 Whilst Microsoft mysteriously patched its operating system to deflect attacks using the exploits a month before Shadow Brokers went public, the number of infected systems is still rising fast, as malicious hackers the world over take advantage of those who chose not to update.

And Russia's cybercriminals have been tinkering with the leaked NSA arsenal as they look to piggyback on the technical prowess of America's finest digital spies, two companies tracking the internet underground told. Dan Tentler, founder and CEO of security firm The Phobos Group, has been scanning the web for infected devices. So far, he's scanned 4,738,956 systems, finding 1,724,749 are vulnerable and 144,242 actually infected with the DOUBLEPULSAR malware. That backdoor was designed to get a foothold deep inside vulnerable machines, at the kernel level, and download further malware. His findings chimed with that of another security firm, Rendition Infosec, which said Monday its scans had revealed as many as 150,000 were infected.

While difficult to say who is doing the infecting, a few "credible actors" on Russian cybercrime forums tried to reproduce the DOUBLEPULSAR attacks by leveraging another leaked exploit, ETERNALBLUE, said Vitali Kremez, director of research at Flashpoint, which tracks forums used by Russian cybercriminals. ETERNALBLUE sought to gain access to Windows computers by abusing the Server Message Block (SMB), a network file sharing protocol.

"The underground chatter also suggests possible weaponization of the SMB exploit for ransomware worm-like functionality. Another discussed use case was to leverage the exploit for network reconnaissance," Kremez said. "By and large, it is likely that this payload may become another 'tool in the box' for cybercriminals seeking to establish foothold on compromised networks," Kremez added.

Recorded Future, which like Flashpoint has secured U.S. government contracts to keep tabs on the dark web, also found Russian forums were abuzz with talk of the leaks. "A well-respected member of the top-tier dark web community provided a detailed set-up tutorial of weaponizing the ETERNALBLUE exploit as well as the DOUBLEPULSAR kernel payload," the company wrote in a blog post Tuesday. Another member asked for help in developing an exploit for a vulnerable server they'd found on a target environment, the company added. It also claimed Chinese hackers were looking at ways to take advantage of the Shadow Brokers leak.

For those who want to remove DOUBLEPULSAR from their network, a group of security professionals called Countercept have released code that can clean up infections. A Microsoft spokesperson said: "Customers with up-to-date software are protected. We encourage customers to practice good computing habits online, including exercising caution when clicking on links to web pages, opening unknown files, or accepting file transfers. For more information on protecting computers against malware, please visit https://aka.ms/bm9atl."

Regardless of Microsoft's added protections, it's clear the leaks have led to real world attacks. As security luminary Bruce Schneier warned long ago: "Today's NSA secrets become tomorrow's PhD theses and the next day's hacker tools. As long as we're all using the same computers, phones, social networking platforms, and computer networks, a vulnerability that allows us to spy also allows us to be spied upon."