Android malware punches its way through as many as 36.5 million devices

An Android malware campaign called Judy has been discovered lurking in more than 40 apps in the Google Play Store, and it might have punched its way through as many as 36.5 million devices. 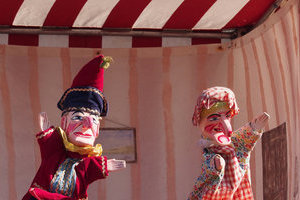 Check Point discovered the malware that thankfully doesn't resort to ransomware or stealing bank credentials. Instead, it installs a form of auto-clicking adware to generate large amounts of fraudulent clicks on advertisements in order to raise money for the perpetrators.

According to Check Point, the malware has a reach of anywhere between 8.5 million and 36.5 million users worldwide from 41 different apps offered for sale on the Google Play Store, perpetrated in two distinct campaigns. The malware, claims Check Point, has been freely available on Google Play for many years, and regularly updated until recently. Google is supposed to thoroughly vet software before it is allowed for sale in order to prevent malware from infecting users.

The malware was embedded in apps developed by a Korean company called Kiniwini, which was registered on Google Play as EniStudio. "Similar to previous malware that has infiltrated Google Play, such as FalseGuide and Skinner, Judy relies on the communications with its command and control server for its operation," claimed the researchers.

They add that the apps containing the malware have been removed from the Play Store by Google following a warning from Check Point. "To bypass 'Bouncer', Google Play's [anti-malware] protection, the hackers created a seemingly benign bridgehead app, meant to establish a connection to the victim's device, and insert it into the app store," explains Check Point in its advisory.

It continues: "Once a user downloads a malicious app, it silently registers receivers which establish a connection with the C&C server. The server replies with the actual malicious payload, which includes JavaScript code, a user-agent string and URLs controlled by the malware author.

"The malware opens the URLs using the user agent that imitates a PC browser in a hidden webpage and receives a redirection to another website. Once the targeted website is launched, the malware uses the JavaScript code to locate and click on banners from the Google ads infrastructure."