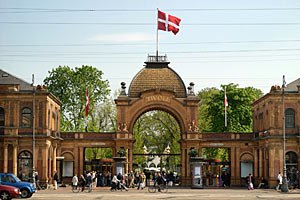 According to the document, obtained by Swedish TV program ‘Mission: Investigate’, that has been probing Sweden's participation in global spying operations, nine European countries were added to the list of NSA accomplices.

The newly-leaked document from Edward Snowden is the first written confirmation of Denmark's formal agreement with the NSA, the Copenhagen Post writes.

Denmark’s role in US spying scheme was labeled “very worrying” by Enhedslisten's Pernille Skipper, Danish parliamentarian. “When Denmark is one of the US intelligence services' close allies, one must ask themselves what it is we are giving in return,” Skipper told public broadcaster DR.

“When you consider this along with the other revelations that have come out, which insinuate that the US systematically spies on residents throughout Europe in violation of very basic rights, then you can naturally fear that the collaboration between Denmark and the US means that Danes have been spied upon.”

The list of new NSA partners was made public last week as part of the new batch of NSA-documents from the Snowden-Greenwald collection. The ‘14-Eyes’ group, the document also revealed, send their staff for training to the US. The group is also known as the SIGINT Seniors Europe or SSEUR.

On its website the NSA writes that foreign Signals Intelligence (SIGINT) is “specifically limited to gathering information about international terrorists and foreign powers, organizations, or persons.”

It adds “SIGINT provides a vital window for our [USA] nation into foreign adversaries' capabilities, actions, and intentions.” Until the recent wire, the trickling of NSA leaks suggested that a number of countries were involved. France, Germany, Norway, Italy, Belgium and allegedly Spain were perceived to be the NSA’s 3rd party partners.

Sweden, Denmark and especially the Netherlands were not listed as such, but SVT’s earlier episodes revealed the Swedish signals intelligence agency (FRA) spied on Russian leaders and businesses and shared the data collected with the US.

The third party "partners" need to worry about being “victims of NSA surveillance,” because of negative “trust” relationships they will have with the US based on economic interests, whistleblower Jesselyn Radack, of the Government Accountability Project told.

“The NSA has not only violated the trust of its own citizens by conducting mass dragnet surveillance on innocent people but doing it to the innocent populations of the allied nations.”

NSA’s global reach is “completely unnecessary”, because it destroys diplomacy and undermines economic relations with other countries. Radack argues the NSA is just gathering intelligence on people that are suspected of doing “absolutely nothing.”