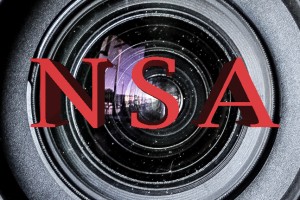 Swedish television said it had obtained the documents from Glenn Greenwald, the journalist who brought NSA contractor Edward Snowden's leaks about mass surveillance by the agency to world attention.

Greenwald tweeted on Thursday that the close relationship between the United States and Sweden could not be "overstated" and that this was the first of many revelations to come.

Earlier this year, Snowden leaked details of a global spying programme by the NSA, stirring international criticism. The U.S. has said much of the information was a result of cooperation with other intelligence services.

"The FRA provided NSA ... a unique collection on high-priority Russian targets, such as leadership, internal politics," it quoted the document saying.

Sweden's defence minister said on Thursday that it cooperates with some other countries but does not say which.

"It is very important to have a defence intelligence cooperation so that we can keep track of external threats to Swedish interests," Karin Enstrom told Swedish news agency TT.

"That we cooperate is something very natural. We build our security in cooperation with other countries and other organisations."

In a separate document, high level NSA employees were told to "thank Sweden for its continued work on the Russian target, and underscore the primary role that FRA plays as a leading partner to work the Russian target, including Russian leadership  and  counterintelligence."

Snowden is in Russia, where he was granted asylum in August for at least a year. (Reporting by Simon Johnson and Mia Shanley; Editing by Ralph Boulton and Catherine Evans)