Google Inc. founders Larry Page and Sergey Brin may have to dig deeper to operate their fleet of private jets, after the U.S. Department of Defense ended a little-known arrangement that for years allowed the tech billionaires to travel on sharply discounted jet fuel bought from the Pentagon. 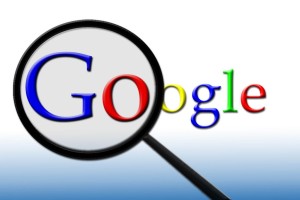 The agreement between the Google founders and the government, which started in 2007, ended Aug. 31 after officials at the National Aeronautics and Space Administration—which sponsored the arrangement—opted not to renew it, according to a Pentagon spokeswoman.

The move followed discussions earlier this year between the Pentagon and NASA over whether the Google founders may have exceeded contract terms by using fuel for non-government flights, according to a letter from a Pentagon official released by Sen. Charles Grassley.

Sen. Grassley, an Iowa Republican, said he is seeking an audit of the arrangement by the Pentagon's inspector general. "Are some executives getting a special deal on fuel that isn't available to other businesses?" he asked, saying the setup raises concerns about the government's role as a "fair broker with businesses and responsible steward of tax dollars."

The relationship with the Google founders already is part of an ongoing audit by NASA's inspector general, an official in that office said.

The cheap fuel for the Google executives came courtesy of a special agreement with NASA, whose Ames Research Center is based at Moffett Federal Airfield, a former U.S. Navy base that is the most convenient airport to Google's Mountain View, Calif., headquarters, about three miles away.

Although Moffett is closed to most non-government traffic, NASA in 2007 signed a deal allowing H211 LLC, a private company representing jets owned by the Google founders and Google Chairman Eric Schmidt, to base aircraft at Moffett. The fleet recently included seven jets and two helicopters. H211 agreed to pay about $1.3 million in annual rent and cost recovery, while Google separately is leasing some Moffett land for a future office campus.

"NASA is always looking for innovative, public-private partnerships to help advance our mission and provide benefit to the American taxpayer," a spokeswoman for NASA Ames said. The rent collected from H211 and other tenants, she said, helps to defray the cost of operating the airfield. She also noted that H211 covers operational costs for some of the scientific flights.

Kenneth Ambrose, an executive with H211, said the company bought "the only fuel available at Moffett" and pays "full retail for hangar space that includes none of the ground support typically included at business aircraft hangars." He added that the total value of H211's payments and scientific flights means NASA and taxpayers are "$2 million a year to the good from our presence at Moffett."

In total, H211 has bought 2.3 million gallons of jet fuel since early 2009, according to Pentagon records viewed by The Wall Street Journal, paying an average $3.19 per gallon. "I don't see how in the hell anybody can buy it that cheap," said Fred Fitts, president of the Corporate Aircraft Association, a nonprofit that negotiates discounted jet-fuel prices for 1,600 corporate flight departments at airports around the U.S.

Mr. Fitts provided figures showing that CAA members paid an average of $4.35 a gallon across the U.S. over that period. Since the fuel cutoff, the Google executives' planes have been coping by flying back to Moffett with extra fuel purchased elsewhere, Mr. Ambrose said.

The NASA spokeswoman said the agency is developing plans to keep fuel flowing to H211, and "certainly will require the company to pay fair market prices."

The Pentagon probably didn't lose much, if any, money on the fuel sales. The agency says it recently charged H211 on a cost-plus basis, and before that charged a standard budgetary price that was infrequently reset but over time reflected the government's costs.

Even so, the contract between H211 and the Pentagon stated that the fuel was supposed to be used only "for performance of a U.S. government contract, charter or other approved use," and said violations could trigger civil or criminal penalties. There is no indication of any such investigation.

Flight records from the Federal Aviation Administration suggest that the vast bulk of the flights by the Google executives' fleet have been for non-NASA purposes.

The main jets in the fleet—a Boeing 767, Boeing 757 and four Gulfstream V's—have departed from Moffett a total of 710 times since 2007, FAA records show. The most frequent destinations were Los Angeles and New York, but the planes also flew 20 times to the Caribbean island of Tortola; 17 to Hawaii; 16 to Nantucket, Mass.; and 15 to Tahiti.

Meanwhile, as of last year NASA told Sen. Grassley that the Google craft had flown a total of 155 missions for it. All but 11 of those, however, had been flown by the small Alpha jet, a fuel sipper compared with the big aircraft.

Three of the Google founders' jets, including the 767, took off from Moffett for Croatia this past July. The departures were just before the wedding in Croatia of Mr. Page's brother-in-law, held in a medieval hill town near the Adriatic coast. Mr. Page, the Google CEO, attended as a groomsman and was photographed sporting an eyeglass-like Google Glass computer at the altar.

A Google spokeswoman didn't respond to questions about the Croatia travel or other matters, instead referring all questions to Mr. Ambrose. H211 bought a total of more than 24,000 gallons of jet fuel at Moffett just prior to the Croatia departures, paying an average $3.33 a gallon, Pentagon records show. That was at least $1.10 per gallon less than the going rate in the region, local aviation officials said.

One reason commercial prices are higher is that they include sales tax levied by California on all fuel sales to private jets, currently 8.75% in Moffett's locale. It's unclear if H211 ever paid that tax. The Pentagon said it collected only federal taxes, and H211 was responsible for remitting any local taxes owed. H211's Mr. Ambrose said the Pentagon's invoices included "all applicable taxes."

Tensions between the Pentagon and NASA over the arrangement appear to have grown this year. In a July letter to a third party but released by Sen. Grassley, a Pentagon colonel wrote that the Google executives' company was authorized to purchase fuel "to support NASA mission-related activities," and after becoming aware of the issue earlier this year, the Pentagon ensured that "NASA is aware of their responsibility" under the contract.