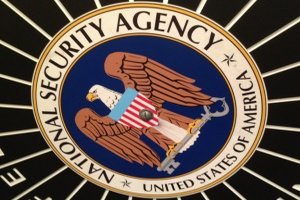 The number of foreigners targeted under Section 702 of the Foreign Intelligence Surveillance Act rose from 94,000 in fiscal year 2015, according to U.S. intelligence officials, who asked not to be identified discussing the information.

The program lets agencies collect the content of emails and other communications from suspected foreign criminals operating outside the U.S., but it has become a flash point with some lawmakers for potential infringement of Americans’ constitutional rights. Congress has to decide by year-end whether to renew the NSA’s power under Section 702, a program that came to light when former government contractor Edward Snowden revealed classified government documents in 2013.

While the intelligence officials cautioned that changes would limit its effectiveness, lawmakers including Senate Intelligence Committee member Ron Wyden, an Oregon Democrat, have indicated they’ll seek adjustments to ensure against abuses.

“This is clearly a major issue for the intelligence community,” Director of National Intelligence Dan Coats told reporters Monday during a briefing on the program. Getting Section 702 reauthorized is “one of our absolute top priorities this year,” said Coats, who stopped by the briefing given by officials from his office, the National Security Agency, Justice Department, CIA and FBI. The officials were authorized to speak on behalf of their departments or agencies.

Under current law, the NSA can incidentally intercept the communications of a U.S. person and store that information in a database without a specific warrant, as long as the target of the surveillance is a foreigner suspected of terrorism or other crimes operating in another country.

Intelligence analysts can review information about U.S. persons contained in the database under limited circumstances. However, a specific warrant is required if an American becomes the target of surveillance.

Wyden and lawmakers including Republican Senator Rand Paul of Kentucky have indicated they’ll seek changes to the program, such as ensuring that analysts can’t abuse the program by using it to reverse-target Americans without warrants.

Wyden has also asked the Office of the Director of National Intelligence to disclose how many Americans have had their communications incidentally collected under the program. The officials said it isn’t possible to provide an estimate because a substantial portion of information in the database has an unknown origin.

The U.S. officials said the program has been essential to countering or stopping a variety of threats, from helping to defend U.S. allies from terrorist attacks in Europe to protecting U.S. troops in Iraq from improvised explosive devices.

In one case, the officials said, the program was used to identify a recruiter for Islamic State who advocated killing U.S. military personnel. The recruiter, Shawn Parson, was killed in Syria in 2015. In addition, in 2016 the program helped the NSA gain an understanding of a foreign adversary that would help the agency stop potential malicious cyberattacks from being used against the U.S., said the officials, who declined to provide additional details.