NSA intends to fire 90% of their system administrators

The National Security Agency, hit by disclosures of classified data by former contractor Edward Snowden, said Thursday it intends to eliminate about 90 percent of its system administrators to reduce the number of people with access to secret information. 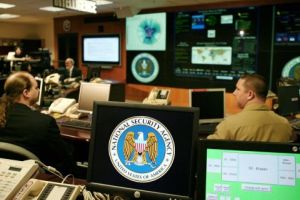 Keith Alexander, the director of the NSA, the U.S. spy agency charged with monitoring foreign electronic communications, told a cybersecurity conference in New York City that automating much of the work would improve security.

"What we're in the process of doing - not fast enough - is reducing our system administrators by about 90 percent," he said.

The remarks came as the agency is facing scrutiny after Snowden, who had been one of about 1,000 system administrators who help run the agency's networks, leaked classified details about surveillance programs to the press.

Before the change, "what we've done is we've put people in the loop of transferring data, securing networks and doing things that machines are probably better at doing," Alexander said.

Using technology to automate much of the work now done by employees and contractors would make the NSA's networks "more defensible and more secure," as well as faster, he said at the conference, in which he did not mention Snowden by name.

These efforts pre-date Snowden's leaks, the agency has said, but have since been accelerated.

Alexander's remarks largely echoed similar comments made to Congress and at other public appearances over the past two months since his agency came under fire from civil liberties advocates and lawmakers concerned by Snowden's revelations.

Snowden leaked documents to the Guardian and the Washington Post, which published stories revealing previously secret telephone and internet surveillance programs run by the U.S. government.

Snowden now faces criminal charges but has since been granted temporary asylum in Russia.

Other security measures that Alexander has previously discussed include requiring at least two people to be present before certain data can be accessed on the agency's computer systems.

"At the end of the day it's about people and trust," Alexander said. He again defended his agency's conduct, much of which he said had been "grossly mischaracterized" by the press.

"No one has willfully or knowingly disobeyed the law or tried to invade your civil liberties or privacies," he said. "There were no mistakes like that at all."

He told his audience to "get the facts" and make up their own minds, adding that the agency itself could do more to enable this: "We've got to push out more, I recognize that," he said.