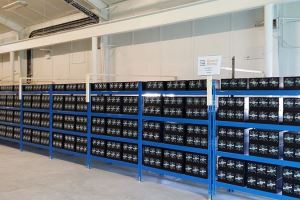 The latest examples came on Monday with the revelation from antivirus provider Trend Micro that at least two Android apps with as many as 50,000 downloads from Google Play were recently caught putting crypto miners inside a hidden browser window.

The miners caused phones running the apps to run JavaScript hosted on Coinhive.com, a site that harnesses the CPUs of millions of PCs to mine the Monero crypto currency. In turn, Coinhive gives participating sites a tiny cut of the relatively small proceeds. Google has since removed the apps, which were known as Recitiamo Santo Rosario Free and SafetyNet Wireless App.

Earlier this month, political fact-checking site Politifact.com was found hosting Coinhive scripts in a way that exhausted 100 percent of visitors computing resources. A PolitiFact official told Ars the incident occurred when "an unidentified hacker attached a crypto mining script to the PolitiFact code base being stored on a cloud-based server." The code has since been removed and was active only when people had a politifact.com window open in their browser.

Coinhive presents its service as a way end users can support sites without viewing online ads, which are often criticized for containing malware that surreptitiously infects visitors with ransomware, password stealers, and other malicious wares. And in fairness, the service only consumes 100 percent of a visitor's computing resources when the Coinhive's interfaces are being abused. Still, Coinhive doesn't require third-party sites to tell visitors their computers and electricity are being consumed in exchange for visiting the site. Coinhive has also done nothing to prevent sites from abusing its programming interface in a way that completely drains visitors' resources.

Ad blocker AdGuard recently reported that 220 sites on the Alexa top 100,000 list serve crypto mining scripts to more than 500 million people. In three weeks, AdGuard estimated, the sites generated a collective $43,000. Both AdGuard, antimalware provider Malwarebytes, and a variety of their peers have recently started blocking or restricting access to Coinhive crypto mining. Both AdGuard and Malwarebytes give end users who want to support a site using Coinhive the option of accessing the mining script. In announcing the move, Malwarebytes wrote:

The reason we block Coinhive is because there are site owners who do not ask for their users' permission to start running CPU-gorging applications on their systems. A regular Bitcoin miner could be incredibly simple or a powerhouse, depending on how much computing the user running the miner wants to use. The JavaScript version of a miner allows customization of how much mining to do, per user system, but leaves that up to the site owner, who may want to slow down your computer experience to a crawl.

Coinhive's massive Web audience isn't lost on other companies. Collin Mulliner, a security researcher and developer of TelStop, said he recently received an e-mail from a startup called Medsweb inviting him to integrate a Monero miner into his creation. "If your app is deployed on thousands/millions of devices, you can monetize it with monero mining and earn really huge income," the unsolicited e-mail stated. "We manage all the complexity of backend servers and mining operations and you get a really simple control panel to monitor your hashrate and earnings."

Malwarebytes noted that Coinhive recently introduced authedmine.com, a service that requires third-party sites received explicit permission of end users before using their computers to mine digital coins. But the antimalware provider went on to point out that coinhive.com remains active and continues to require no end-user notice at all. As the recent discovery of the Android apps and the more than 500 hacked websites makes clear, Coinhive continues to turn a blind eye to the abuse of its service in much the way adware providers did in the early 2000s.