The Terdot banking Trojan packs information-stealing capabilities that could easily turn it into a cyber-espionage tool, Bitdefender says in a new report. 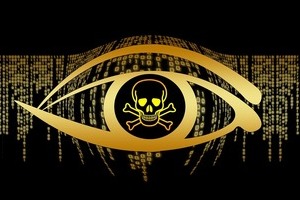 Highly customized and sophisticated, Terdot is based on the source code of ZeuS, which leaked online in 2011. The banking Trojan resurfaced in October last year and Bitdefender has been tracking its whereabouts ever since, the security company notes in a technical paper (PDF).

Terdot was designed to operate as a proxy to perform man-in-the-middle (MitM) attacks, as well as to steal browser information such as login credentials or the stored credit card data. Furthermore, the malware is capable of injecting HTML code into visited web pages. The malware relies more on legitimate applications for its nefarious purposes, including certificate injection tools, than on in-house developed software. Although designed as a banking Trojan, Terdot’s capabilities go well beyond its primary purpose, Bitdefender notes.

The threat can eavesdrop and modify traffic on social media and email platforms, and also packs automatic update features that allow it to download and execute any file provided by the operator.

This malware family mainly focuses on targeting Canadian institutions from the banking sector, but the analyzed samples would also target email service providers such as Microsoft’s live.com, Yahoo Mail, and Gmail. It also targets social networks such as Facebook, Twitter, Google Plus, and YouTube. According to Bitdefender, the malware avoids gathering data related to vk.com, the largest social platform in Russia.

The main distribution channel for the Trojan is the Sundown exploit kit, but Terdot was also observed spreading via malicious emails containing a button masquerading behind a PDF icon. When clicked on, it would execute obfuscated JavaScript code to download and run the malware file. A complex chain of droppers, injections, and downloaders is used to deliver Terdot and third-party utilities employed by the threat, in an attempt to trick defenses and hinder analysis.

After infection, the malware injects itself into the browser process by hooking very-low network socket operations to direct connections to its own proxy and read traffic (which also allows it to alter traffic). Terdot can steal authentication data either by inspecting the client’s requests or by injecting spyware JavaScript code into the response. The malware can also bypass secure connections by generating certificates for each of the domains the victim visits.

Terdot’s components are split across numerous processes, each with a specific role. Long-running Windows processes such as Windows Explorer, for example, are used either for injection purposes to spread the infection inside the machine or as watchdogs, to hinder disinfection. The malware uses the msiexec.exe process for running its MitM proxy.

In their technical analysis of the threat, Bitdefender’s security researchers explain that, after installation and initial handshake with the command and control server, the malware downloads updates and commands from the same URL it sends system information to (including a unique identifier, malware version, CRC32s of downloaded data, Windows version, processor architecture, system language, and network adapter IP).

“Terdot is a complex malware. Its modular structure, complex injections, and careful use of threads make it resilient, while its spyware and remote execution abilities make it extremely intrusive. Terdot goes above and beyond the capabilities of a banker Trojan. Its focus on harvesting credentials for other services such as social networks and email service providers could turn it into an extremely powerful cyber-espionage tool that is extremely difficult to spot and clean,” Bitdefender concludes.