NSA officers use their spying power on love interests

The National Security Agency admitted in a statement Friday that there have been “very rare” instances of willful violations of agency protocols by agency officers. 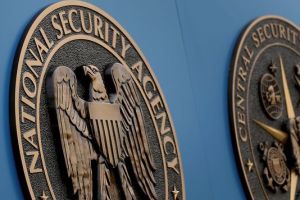 Some of those willful violations involved officials turning their private eyes on love interests. The practice isn’t frequent — one official estimated a handful of cases in the last decade — but it’s common enough to garner its own spycraft label: LOVEINT.

Spy agencies often refer to their various types of intelligence collection with the suffix of “INT,” such as “SIGINT” for collecting signals intelligence, or communications; and “HUMINT” for human intelligence, or spying. The “LOVEINT” examples constitute most episodes of willful misconduct by NSA employees, officials said.

While troubling, this type of snooping is by no means unprecedented. There are plenty of cases in which local law enforcement officials have been accused of abusing their access to databases to acquire information about potential romantic interests.

Most of the NSA violations were self-reported, and each instance resulted in administrative action of termination. The LOVEINT violations involved overseas communications, according to officials who spoke to the Journal.

That's consistent with what program defenders have said so far. Sen. Dianne Feinstein (D-Calif.), chair of the Senate of Intelligence Committee, told the Journal that violations didn't involve an American's personal information “in most instances” and that she’s seen no evidence that any of the violations involved the NSA's domestic surveillance infrastructure.

Similarly, NSA Director Keith B. Alexander told a crowd of hackers and security experts at a Black Hat conference in July that Congress's review of domestic surveillance programs "found no one at NSA had ever gone outside the boundaries."

An NSA audit dated May 2012 that was obtained by The Post last week  counted "2,776 incidents in the preceding 12 months of unauthorized collection, storage, access to or distribution of legally protected communications" –  most of them unintended.