NSA intercepts millions of images per day for facial recognition

The latest Edward Snowden leaks, published in the New York Times, reveal that the NSA intercepts millions of images from the internet per day for use in its facial recognition program. 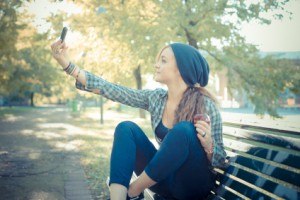 According to James Risen and Laura Poitras in the Times, it's unclear how many people around the world — or how many Americans — are subject to the image surveillance, but tens of thousands of "facial-recognition quality images" are collected each day.

The agency intercepts "millions of images per day" — including about 55,000 "facial recognition quality images" — which translate into "tremendous untapped potential," according to 2011 documents obtained from the former agency contractor Edward J. Snowden. While once focused on written and oral communications, the NSA now considers facial images, fingerprints and other identifiers just as important to its mission of tracking suspected terrorists and other intelligence targets, the documents show.

The NSA reportedly grabs the photos from emails, text messages, videoconferences, and social media, and uses them in an effort to identify and track suspected terrorists. According to the Times, the spy agency also gathers images from foreign nations' databases of citizen ID cards, a tactic it has attempted in Pakistan, Saudi Arabia, and Iran.

As evidenced by leaked agency documents, the facial recognition software is sophisticated, but fallible:

Similarly, another 2011 NSA document reported that a facial recognition system was queried with a photograph of Osama bin Laden. Among the search results were photos of four other bearded men with only slight resemblances to Bin Laden.

But the technology is powerful. One 2011 PowerPoint showed how the software matched a bald young man, shown posing with another man in front of a water park, with another photo where he has a full head of hair, wears different clothes and is at a different location. It's also capable of determining where a photo was taken by matching background scenery to spy satellite images.

The NSA can now compare spy satellite photographs with intercepted personal photographs taken outdoors to determine the location. One document shows what appear to be vacation photographs of several men standing near a small waterfront dock in 2011. It matches their surroundings to a spy satellite image of the same dock taken about the same time, located at what the document describes as a militant training facility in Pakistan.

Americans can take some solace in the NSA's assertion that it must obtain court approval for collecting photos of U.S. citizens through surveillance, unless they're communicating with potential agency targets overseas.

Of course, Facebook, with its 100 million-plus American active users, provides a vast database of photos of U.S. citizens, conveniently matched to their names. When Poitras and Risen asked NSA spokeswoman Vanee M. Vines whether the agency collects photos of Americans from Facebook and other social networks "through means other than communications intercepts," she declined to answer. This isn't Snowden's first image collection-related leak. In February, the Guardian reported that British spy agency GCHQ, with help from the NSA, collected and stored webcam images from Yahoo users, many of which were sexually explicit.

OUR POINT
As we all know, people love to take pictures and share them via all sorts of social networks. Many of those networks have an agreement on revealing the person data to a government agencies. This proves by Mr. Snowden that if you do something online even very simple like uploading pictures you need to be vigilant.
Tags:
NSA surveillance USA Snowden
Source:
Gawker
1746
Other NEWS
3 Jul 2020