The odds are about one in four that the crypto fanatic in your office is involved in illegal activities. 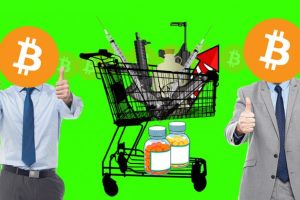 After conducting a study of historical Bitcoin transaction data an Australian research group concluded: "We find approximately one-quarter of Bitcoin users and one-half of Bitcoin transactions are associated with illegal activity. Around $72 billion of illegal activity per year involves Bitcoin, which is close to the scale of the US and European markets for illegal drugs."

And that $72 billion? Here’s a bone for you conspiracy theory types: Business Insider reports Bitcoin has lost $72 billion in value since the beginning of 2018. Coincidence? Probably. The research was conducted by Sean Foley of the University of Sydney, Jonathan R. Karlsen of the University of Technology Sydney, and Tālis J. Putniņš of the Stockholm School of Economics in Riga.

It bears mentioning Foley and Putnins are both PhD holders, while Karlsen is a PhD candidate – these are hardcore data scientists who are experts in the fields of economics and finance. The team used what’s called detection controlled estimation and network clustering, both forms of data analysis involving algorithms, to come up with their findings.

And what they found is enough to put the F in FUD:

While cryptocurrencies have many potential benefits including faster and more efficient settlement, regulatory concerns center around their use in illegal trade (drugs, hacks and thefts, illegal pornography, even murder-for-hire), potential to fund terrorism, launder money, and avoid capital controls.

While this all reads as sensational, the team does point out that this research does not indicate that cryptocurrency is fueling black market growth, but may simply be a different payment method for the same old crimes:

A crucial piece of this puzzle is understanding the extent to which the online illegal trade simply reflects migration of activity that would have otherwise occurred on the street, versus the alternative that by making illegal goods more accessible, convenient to buy, and less risky due to anonymity, the move online could lead to growth in the aggregate black market. Our estimates of the amount of illegal trade facilitated with Bitcoin through time contribute to understanding this issue, but further research is required to relate these estimates to trends in the offline black market.

It’s important to remember that this is by no means definitive, and while it may appear that a significant portion of cryptocurrency transactions are involved in illegal activity, previous research conflicts with (some of) these results.