Windows 8 is a ‘threat’ to China’s security

State experts believe that the operating system is used to grab data about Chinese citizens. 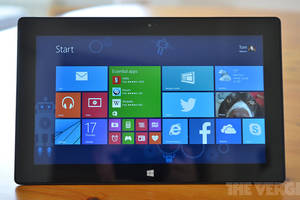 Chinese experts have prepared a state-backed news report that Microsoft’s Windows 8 has been branded a threat to China’s cybersecurity. The report was prepared by China’s CCTV specialists and Chinese government supports them completely.

China’s CCTV broadcast a strongly critical story in which experts suggested Windows 8 was being used to grab data about Chinese citizens. It should be recalled that only days after China banned the use of Windows 8 on many government computers.

“Microsoft would no longer open its Windows 8 source code to the Chinese government. However the security scheme of the Windows 8 operating system is designed to provide better access for Microsoft to users’ database,” Prof Yang Min of Fudan University said.

The report also suggested that Windows 8 was one of the methods the NSA was using to spirit data out of the country.

“Your identity, account, contact book, phone numbers, all this data can be put together for big data analysis. The data might be a good way for the US to monitor other countries,” said Ni Guangnan, a member of the Chinese Academy of Engineering.

Microsoft representatives told CCTV that it was “actively co-operating” with the Chinese government on a review of its products to allay fears about what was being done with user data.

Many USA tech companies were also criticized in the Chinese media for the help they have given to the NSA surveillance programme. Yahoo, Cisco, Facebook, Apple, Google and others were described as “pawns” of the US government that had aided attempts to spy on Chinese citizens and steal secrets.

OUR POINT
Mircosoft tries as best as possible to push the old users to migrate to the new versions of Windows. However, in China the situation around Windows 8  and it is future is more complex. The government always had some suspicions on Microsoft, and it's source code. In the previous versions, Microsoft openly reveals all the needed information. Now this policy changed, provoking the tension between companies who wants to use Windows and those who think that this just an excuse to spy on chinese people.
Tags:
China data protection Microsoft NSA
Source:
XNewscenter
1837
Other NEWS
3 Jul 2020