The National Security Agency can supposedly exploit the security features in Apple’s iPhone that allows the agency to spy on people when they think the device is completely switched off. 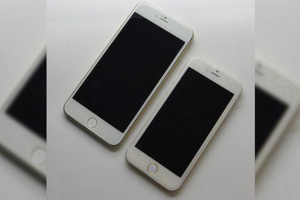 According to Edward Snowden, the NSA can get into your iPhone, turn it on and remotely turn on apps.

Apple dismissed Snowden’s claim – everyone knows that the iPhone was designed by Steve Jobs and is therefore completely unhackable and absolutely secure. For some reason, the company didn’t comment the well-known fact that it takes experts less than a minute to break into one.

Some iPhone hackers claim it is possible. The only thing the spies have to do is trick the user into installing malware before shutting down the iPhone. That malware would make the device look like it is shutting down, showing the user a fake “slide to power off” screen.

But instead of powering down, the device would enter a low-power mode which leaves its baseband chip responsible for communication with the carrier on.

NSA can install that malware before you even bought your iPhone. It is still possible to turn off your iPhone completely, so nobody can use it to spy on you.

You can turn off their iPhones by putting the device into firmware upgrade (DFU) mode. This is a kind of “panic” state, which let the device reinstall its firmware or recover from repeated OS crashes. In DFU mode all elements of the device are entirely shut down except its USB port that one would be waiting for a signal from iTunes to install new firmware.