Nokia paid millions of euros to a blackmailer to protect an encryption key of the Symbian phones in 2008. 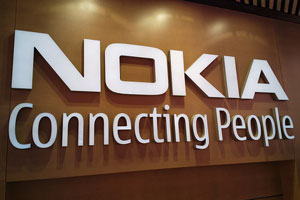 The National Bureau of Investigation confirms that the case is still unsolved. The matter is investigated as aggravated extortion, says Detective Superintendent Tero Haapala.

Journalists said that the blackmailers had acquired the encryption key for a core part of Nokia's Symbian software and threatened to make it public. Had it done so anyone could then have written additional code for Symbian including possible malware which would have been indistinguishable from the legitimate part of the software, MTV said.

After the blackmail attempt Nokia contacted the police and agreed to deliver the cash to a parking lot in Tampere, central Finland. The money was picked up but the police lost track of the culprits.

In 2007 Nokia's smartphone market share was about 50 percent with the Symbian software also used then by other manufacturers. In 2011 Nokia moved to use Microsoft's Windows software in its smartphones and Microsoft bought Nokia's entire mobile phone business earlier this year for $7.6 billion.