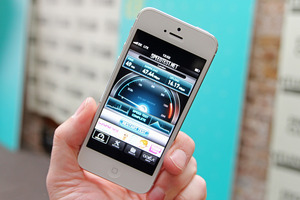 Team DoulCi published a workaround that requires users to plug a bricked device into their computer and alter the "hosts" file inside. The iPhone or iPad is then tricked into connecting to the hacked server, which unlocks the gadget. Then the device is enough to be connected to iTunes and to dump Activation Lock regularly.

DoulCi system works only partially: in attempt to unblock iPhone by their method, GSM module remains disconnected because hackers have no corresponding activation keys, however they promise to correct a problem shortly. The user gets access only to device operating system and Wi-Fi.

Security researcher and iOS hacker Steven De Franco described the bypass as a “man-in-the-middle attack,” which means that it intercepts traffic going between a device and Apple’s servers. “It seems like it’s a firmware-related bug,” said De Franco in an interview with Cult of Mac. “So it would require a new update [from Apple] to patch it.”

When the hack is used and an iPhone is tricked past Activation Lock, the SIM card becomes unreadable “because they don’t have Apple’s private keys to tell the phone whether it’s unlocked or not,” explained De Franco. The two hackers behind DoulCi have said they have a fix coming for the SIM block issue.

The two hackers responsible for bypassing iCloud and Activation Lock, known by online pseudonyms AquaXetine and MerrukTechnolog say they worked on the exploit for five months and contacted Apple in March. Apple did not respond to Cult of Mac’s requests for comment.

Activation Lock is a feature introduced in iOS 7 that lets users remotely put their phone into Lost Mode or remotely wipe the phone of its sensitive data. In Lost Mode, the phone will display a custom message (such as "This phone is lost: please return to so-and-so") and can only be unlocked with its proper user's Apple ID and password—even if the phone is wiped. This is meant to make it impossible for thieves to resell stolen phones.