Yo app was hacked by college students

The Yo app is in the top 10 in the App Store in the USA plus it got 1 million dollars of investments. 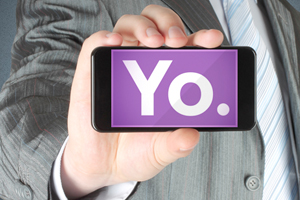 It appears that the app was hacked by three students from college.

Generally, hackers have already reported to the author about the problem and he has confirmed the fact of cracking. Now the developer tries to liquidate app vulnerability though it is precisely unclear what vulnerability can lead to the specified cracking.

OUR POINT
Yo app was one of the most famous in the App Store. So, when the news appeared that is not secured and was hacked by some college enthusiasts people started to panic. We completely understanding what they been through, it is horrible when you  rely on something you love and in a minute you feel unprotected. SafeUM gathered this experience from other's failures and constructed our messenger for maximum security  and efficiency.

Nevertheless, the author of the app promises to solve the problem "in some hours". The app was noted even by Elon Musk who had called it the best messenger (this message has already been rubbed, but the Internet remembers everything):

By the way, one more app user, named "ELONMUSK", created "a drill in a glass". He forced other users to believe that Elon Musk had sent messages to them. As a result there was a heap of joyful tweets “Elon Musk sent me Yo!"