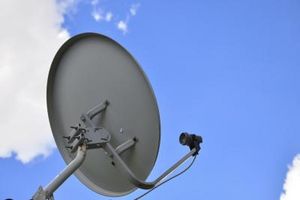 So called smart TV are vulnerable to carrying out drive-by of attacks in which course the exploit is applied to interception of a digital television signal instead of IP-address data. About it in the research report Yossef Oren and Anzhelos Keromitis from Network Security Lab at the Colombian university.

"For attack it isn't necessary either the IP address, or the server. Access on a roof to the antenna is needed only, and you can't almost be traced," scientists emphasize.

Transmitting packages of data through radio or television channels, a harmful code can be sent to devices. Then TV can be used for sending the messages which are necessary to search other vulnerable devices, connected to the same home network. Besides, malefactors also can use the hacked TV for implementation of attacks to any Internet resource.

For carrying out attack it is necessary the HbbTV standard (Hybrid Broadcast Broadband TV) was involved in the TV. Initially it was developed as an auxiliary element for usage by Internet connection speakers for obtaining auxiliary information on programs and so forth.

According to Oren, by means of vulnerabilities in HbbTV operation it is possible to carry out a number of manipulations. In particular, it is a question of authorization in Facebook with the usage of TV-application and sending messages.