Foreign Intelligence Surveillance Court has given the National Security Agency permission to spy on almost every country in the world. 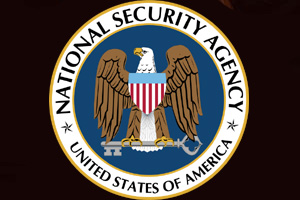 The United States has long had broad no-spying arrangements with those four countries — Britain, Canada, Australia and New Zealand —in a group known collectively with the United States as the Five Eyes.

But document published by Edward Snowden indicates the NSA has been given a far more elastic authority than previously known, one that allows it to intercept through USA companies not just the communications of its overseas targets but any communications about its targets as well.

The certification — approved by the Foreign Intelligence Surveillance Court and included among a set of documents leaked by former NSA contractor Edward Snowden —lists 193 countries that would be of valid interest for U.S. intelligence. The certification also permitted the agency to gather intelligence about entities including the World Bank, the International Monetary Fund, the European Union and the International Atomic Energy Agency.

“The NSA is not necessarily targeting all the countries or organizations identified in the certification, the affidavits and an accompanying exhibit; it has only been given authority to do so. Still, the privacy implications are far-reaching, civil liberties advocates say, because of the wide spectrum of people who might be engaged in communication about foreign governments and entities and whose communications might be of interest to the United States.”

“It’s not impossible to imagine a humanitarian crisis in a country that’s friendly to the United States, where the military might be expected on a moment’s notice to go in and evacuate all Americans,” said a former senior defense official who spoke on the condition of anonymity to discuss sensitive matters.

According to the section 702 of the FISA Amendments Act, NSA spy on individuals and foreigners, whose activity or communications can raise the USA national security questions.

The formulation of the law assumes authorized telephone and electronic surveillance of academics, journalists and human rights researchers, without court‘s special permission if they live in the USA and have information, according to the American government, which somehow corresponds to the foreign intelligence services positions.

The NSA representatives refused to comment on documents published by Snowden and to confirm their authenticity.

“These documents show both the potential scope of the government’s surveillance activities and the exceedingly modest role the court plays in overseeing them,” Jameel Jaffer, deputy legal director for the American Civil Liberties Union, told.

OUR POINT
Spying on criminals, who committed something terrible is needed measure. Technologies in this case are invaluable. But, you need to know when to stop. This also applies  to private life and personal data protection. In   our secure messenger SafeUM for instance, we didn't keep any information on our servers or users devices, this ensures that everything you send or type will be encrypted and safe.
Tags:
NSA surveillance USA
Source:
Washington Post
2029
Other NEWS
3 Jul 2020