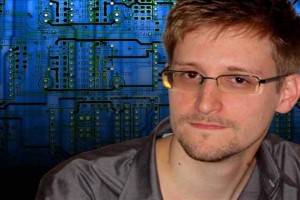 The former employee of the NSA wants to create programs which will be able to stop surveillance. So, he asked for help information security experts.

On July 19, in New York the Hackers On Planet Earth (HOPE) took place where Snowden asked for help a via video link and requested to create anti-surveillance technology.

He also declared that he plans to spend a lot of time to develop programs against government surveillance. According to the former employee of National Security Agency of the USA, he is going to spend enough time to advance new technologies, especially those which give people the chance to talk anonymously and to encrypt messages.

Edward Snowden addressed and urged everybody to improve their future by encrypting the rights into programs and protocols that are daily used.

It is necessary to emphasize that at the conference ways of opposition to projects of governmental surveillance were discussed. The SecureDrop project that can help users to send documents for publication to the press anonymously was discussed as well.

OUR POINT
Mr. Snowden opened the eyes to a very sensitive issue at our technological time.  Many of us thought that Internet, in general is a safe place, except maybe viruses and spyware snooping around. Now, we truly know it is not, the realization that the massive surveillance program was active all these years makes people feel uncomfortable and unsafe. SafeUM supports the idea in establishing  the "surveillance free" zone for everyone. We want to help people to feel safe again while talking or sending messages to friends and loved ones.
Tags:
Snowden surveillance NSA
Source:
ZDNet
1956
Other NEWS
3 Jul 2020