Edward Snowden wants you to ditch Dropbox for this service

NSA whistleblower Edward Snowden dropped his two cents on file storage security in an interview with The Guardian on Thursday. 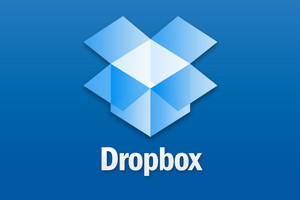 He thinks Dropbox, the cloud storage firm with over 200 million users, is “hostile to privacy,” and urged people to switch to what he calls more-secure storage services like SpiderOak.

“Dropbox is a targeted wannabe PRISM partner,” Snowden told The Guardian. “They just put Condoleezza Rice on their board, who is probably the most anti-privacy official you can imagine … So they’re very hostile to privacy.”

Snowden said that a company like SpiderOak is better because it offers “zero knowledge,” a term used to describe services that have zero access to the data they are storing on their servers.

“SpiderOak has structured their system in such a way you can store all of your information on them with the same sort of features that Dropbox does, but they literally have no access to the content. So while they can be compelled to turn it over, the law enforcement agencies still have to go to a judge and get a warrant to actually get your encryption key from you,” he said.

The encryption key he’s referring to is a long, unique number code only the user has access to. Anyone other than the user, including SpiderOak itself, cannot access the user’s files unless the government issues a search warrant.

Founded in 2006, SpiderOak offers online storage service similar to Dropbox. When reached by Business Insider, SpiderOak CEO Ethan Oberman said he didn’t want to criticise anyone, but today was “a validation of what we’ve been trying to do over the past many years.”

“From the very beginning we’ve always believed privacy needed to be embedded in the product,” Oberman told Business Insider. “If you’re looking at which company can actually see the data on their servers and which cannot, if that is the only measurement for your judgment, then absolutely SpiderOak does a better job than Dropbox.”

SpiderOak currently has about a million users. But its site traffic saw huge spikes “across the board” today with 5 to 6 times higher signup rates, according to Oberman. Dropbox says it’s also doing its part to protect user information.

By the way in April, 2014 Dropbox users boycott Condoleezza`s Rice coming to the company.

OUR POINT
More experts already stated that DropBox is not secure, and even some of them has proved that DropBox  is sending private data of users to the unknown sources. This might be the case, and if so, the brand image of DropBox can scare away many potential customers. Likely, we have some alternatives services, and SpiderOak is one of them. Cloud storage brings so much flexibility and freedom, but with freedom also comes  responsibility. Beware where you upload your files.
Tags:
PRISM Snowden Dropbox NSA USA
Source:
Business Insider
1940
Other NEWS
3 Jul 2020