The main page Gizmodo was changed. 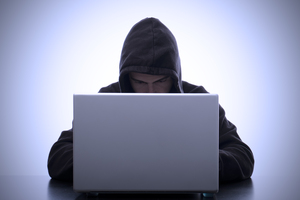 Hackers have made all the users to be redirected ​​to another web-page with the help of optional script.

The group of attackers compromised the well-known design Gizmodo`s reputation. Attackers tried to hack the site in order to spoil their reputation.

Hackers changed the page of Brazilian web-portal Gizmodo by adding the script with the help of which guests of the site were redirected to an absolutely another page. The page on which the users were redirected was located in Sweden, under the domain name .se. The sheathing for server control was loaded on a site.

By opening the Gizmodo a malicious URL, which had a fake page in Portuguese language, was downloaded. This file is nothing more than a backdoor, called BKDR_GRAFTOR.GHR, placed earlier on Google Drive. Having tried to access the page, the visitor immediately received a notice that the limit of downloads has reached its maximum level.

Hackers used the existing service that made visitors to be sure that the file is safe. Swiss site was hacked in the same way as Gizmodo. Both sites used Brazilian UOL provider hosting.
After tracing the problem Gizmodo eliminated all problems. Also, Google has been notified that malicious file was hosted on their service Google Drive.

OUR POINT
Gizmodo  is on of the most famous technological blog, covering variety of news every single day. It also broadcasts all around world news including political and sociological gossips, which could compromise someone's views. The more layers of protection the website has, the more it withstands the attacks of people, who might just want to spite or destroy your reputation.
Tags:
hackers Gizmodo fraud
Source:
SafeUM
2112
Other NEWS
3 Jul 2020