The Tor encryption service is a high-profile bastion of computer security, but the project appears to have been compromised earlier this year. 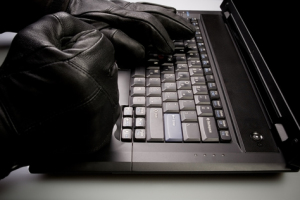 Today, the Tor Project blog announced that an unknown party likely managed to gather information about people who were looking up hidden services — websites that users can operate and visit anonymously, like Silk Road — and could theoretically have compromised other parts of the network.

Anyone who used Tor between early February and July 4th of 2014 "should assume they were affected" by the attack, says the Tor team. But they don't know what exactly that means. The attackers specifically looked for who was retrieving the public keys to hidden services, but they "likely were not able to see any application-level traffic (e.g. what pages were loaded or even whether users visited the hidden service they looked up)," says the blog post.

"The attack probably also tried to learn who published hidden service descriptors, which would allow the attackers to learn the location of that hidden service." It's possible, but less likely, that they also attempted to identify users who were just browsing the ordinary web through Tor.

The Tor team says that the attack used a combination of two methods. The first is known as traffic confirmation, in which attackers look for traffic on one Tor relay and then try to find similar traffic on another. Having connected those two facts, they can then work backwards to find out who might be behind it. In late January, they also created over a hundred new relays, which the Tor team estimates made up around 6.4 percent of the network, partially compromising the secure "entry guards" meant to make profiling users harder.

The network actually detected the suspicious relays, the Tor team says, but at the time they didn't believe there were enough to pose a threat. Now, they've purged the offending relays, and put out software updates that are supposed to patch the most obvious security holes. In the long term, they're looking for ways to make it harder for bad relays to get traction or for attackers to analyze and match traffic.

Who was behind the attack? The Tor team suspects the CERT division of Carnegie Mellon University's Software Engineering Institute (SEI). Earlier this month, CERT abruptly canceled a Black Hat conference talk called "You Don't Have to be the NSA to Break Tor: Deanonymizing Users on a Budget." The NSA has famously attempted to break Tor, to limited success.

The talk would have explained how to compromise Tor on $3,000 or less, but university legal counsel said that Carnegie Mellon and the SEI had not approved the material for public release. At the time, the Tor team said they "had no idea" the talk would be canceled and that they weren't given details about what it would include.

"Eventually we did get some hints from them" about how relays could be used to compromise anonymity, says today's blog post, "which is how we started looking for the attacks in the wild. They haven't answered our emails lately, so we don't know for sure, but it seems likely that the answer to [whether they're responsible] is 'yes.'"

Researchers being behind the attack — rather than government agencies or malicious hackers — is actually the best-case scenario, no matter how threatening it turns out to be. We've contacted CERT about the attack but did not immediately receive a response.