An elite team of US government hackers left Syria without internet, when they tried to hack one of the cores routers but instead crashed it, NSA whistleblower Edward Snowden said. 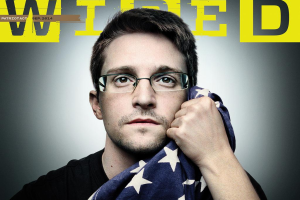 The three-day nationwide internet blackout in war-torn Syria in November 2012, which was blamed on either the government or the rebels, depending on who you listened to, was actually the doing of the Tailored Access Operations (TAO), a group of hackers in the employment of the US National Security Agency.

NSA whistleblower Edward Snowden told the story to Wired magazine as it was preparing its cover story on MonsterMind, a US software designed to detect cyber-attacks and hit back in response. According to his account, TAO attempted to remotely install malware in one of the core routers at a major Syrian internet service provider. The NSA launched the operation to snoop on virtually all internet traffic from Syria.

But instead of infecting the router the hackers 'bricked' it, effectively cutting the country from the web. Snowden called it an 'oh shit' moment for TAO, who tried to remotely repair the router hoping to cover up their tracks. They tensely joked that if they could “always point the finger at Israel,” if they got caught.

OUR POINT
Who would have thought that this took place many years ago. The regular people simply did notice that or the government again classified this information. For the better or worse this is not an isolated incident. Apparently, the government officials looking for an escape plans from their own mistakes.

Luckily for them, the Syrian authorities were apparently too busy getting the country back online to get to the bottom of the incident. Damascus blamed 'terrorists' for the blackout while the rebels (and Washington) said the government had done it to hamper their communications.

Syria experienced two major internet blackouts since it went into turmoil in 2011, the second one reported in May 2013.