The National Security Agency is secretly piggybacking on the tools that enable Internet advertisers to track consumers, using "cookies" and location data to pinpoint targets for government hacking and to bolster surveillance. 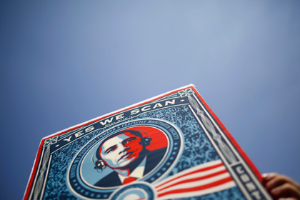 The agency's internal presentation slides, provided by former NSA contractor Edward Snowden, show that when companies follow consumers on the Internet to better serve them advertising, the technique opens the door for similar tracking by the government. The slides also suggest that the agency is using these tracking techniques to help identify targets for offensive hacking operations.

For years, privacy advocates have raised concerns about the use of commercial tracking tools to identify and target consumers with advertisements. The online ad industry has said its practices are innocuous and benefit consumers by serving them ads that are more likely to be of interest to them.

The revelation that the NSA is piggybacking on these commercial technologies could shift that debate, handing privacy advocates a new argument for reining in commercial surveillance.

According to the documents, the NSA and its British counterpart, GCHQ, are using the small tracking files or "cookies" that advertising networks place on computers to identify people browsing the Internet. The intelligence agencies have found particular use for a part of a Google-specific tracking mechanism known as the “PREF” cookie. These cookies typically don't contain personal information, such as someone's name or e-mail address, but they do contain numeric codes that enable Web sites to uniquely identify a person's browser.

In addition to tracking Web visits, this cookie allows NSA to single out an individual's communications among the sea of Internet data in order to send out software that can hack that person's computer. The slides say the cookies are used to "enable remote exploitation," although the specific attacks used by the NSA against targets are not addressed in these documents.

The NSA's use of cookies isn't a technique for sifting through vast amounts of information to find suspicious behavior; rather, it lets NSA home in on someone already under suspicion - akin to when soldiers shine laser pointers on a target to identify it for laser-guided bombs.