National Security Agency (NSA), the U.S. easily bypasses encryption technology is widely used in mobile phones. This means that the security service can monitor and listen to the billions of telephone calls daily newspaper The Washington Post. 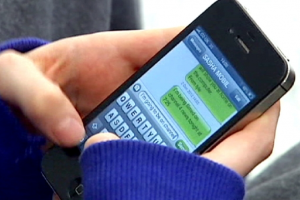 Experts have long said that the employees of military and law enforcement agencies are able to listen to U.S. phones suspected of any crime. However, according to documents that were made public by former U.S. intelligence agent Edward Snowden, NSA opportunities are much wider.

Using the global gathering of secret information by intercepting signals and messages (SIGINT) NSA encryption system can bypass most of the mobile devices and listen to private conversations of citizens worldwide.

Current legislation prohibits U.S. intelligence agencies to monitor telephone conversations between U.S. citizens without court permission. However, NSA easily bypasses technology policy. Moreover, the publication warns that the most likely secret services of other countries are also able to carry out similar operations.

Experts in the field of information security have long been saying about the vulnerability of the most common encryption algorithm that is used to ensure the confidentiality of data transmitted in digital mobile communication system GSM.

Most companies providing cellular services, not improved encryption algorithm even after becoming aware of the tapping of mobile phones of citizens and world leaders, which carries U.S. NSA.

In early June, the U.S. scandal in connection with the actions of the NSA, which receives the information about the calls of millions of subscribers one of the largest U.S. telecommunications companies. In addition, the former CIA officer Edward Snowden, became aware of another major program of the U.S. government - PRISM, carrying out surveillance of Internet users Yahoo, Facebook, Microsoft and Google all over the world.

U.S. authorities have confirmed that followed the Internet users, but stressed that it was only on foreigners in the territory of the country. According to the U.S. authorities, the National Security Agency acted in accordance with the law FISA (Act on the Supervision of foreign intelligence services) and with the permission of the U.S. Congress.