A 5-month-old company in Washington has developed what it calls groundbreaking technology to thwart cyber-attacks before they’ve been identified – a significant advancement over current systems that react to known threats. 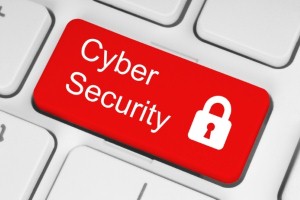 Trouble is, the founder of the company, Keith Alexander, headed the U.S. National Security Agency until March, and his plan to patent the technology is drawing criticism from people who say he’s profiting from work he did for the government.

Alexander, who recently offered cybersecurity services to a group of companies for hundreds of thousands of dollars a month, says he’s done nothing improper. The technology he’s developing doesn’t need to be submitted to the NSA for prior review because it’s distinct from what the agency is working on, he said.

“When the patents become visible to everybody, they will see the solution is a game changer and hugely different from what the NSA is looking at,” Alexander, a retired four-star general who also headed the U.S. Cyber Command while running the NSA, said in an interview.

Alexander’s new company, IronNet Cybersecurity, is forming as a wave of cyber-attacks has focused attention on computer security. JPMorgan Chase & Co. (JPM) is investigating attacks that may have been aided by the Russian government, according to two people familiar with the probe. Home Depot Inc. said Sept. 8 hackers attacked its computer systems at U.S. and Canadian stores and the company is investigating whether consumer data was stolen, a revelation that sent its shares tumbling.