Malicious advertisements have popped up on websites such as YouTube, Amazon and Yahoo, part of a sophisticated campaign to spread malware, Cisco said Monday. 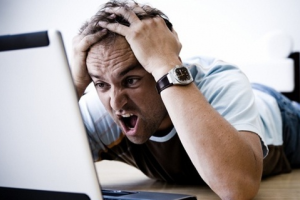 When encountered, the malicious advertisements cause a person to be redirected to a different website, which triggers a download based on whether the computer is running Windows or Apple’s OS X, wrote Armin Pelkmann, a threat researcher.

The network has been nicknamed Kyle and Stan due to those names appearing in subdomains of more than 700 websites the attackers have set up to distribute the malware, Pelkmann wrote.

“The large number of domains allows the attackers to use a certain domain just for a very short time, burn it and move on to use another one for future attacks,” he wrote “This helps avoiding reputation and blacklist based security solutions.”

Cisco didn’t identify the advertising network that is serving the malicious advertisements. Although ad networks try to filter out malicious ones, occasionally bad ones slip in, which for a high-traffic site means a large pool of potential victims.

Some of the malicious ads were served on youtube.com, amazon.com and ads.yahoo.com, Pelkmann wrote. All told, 74 domains were serving the ads.

When a victim is redirected by one of the ads, the computer downloads a piece of malware with a unique checksum, making it harder for security software to detect. The download may also contain legitimate software such as a media player. To be infected, the user must be convinced to open the file.

“The attackers are purely relying on social engineering techniques in order to get the user to install the software package,” Pelkmann wrote. “No drive-by exploits are being used thus far.” Cisco first detected the Kyle and Stan network in May, but Pelkmann said the attacks have continued.

“All in all we are facing a very robust and well-engineered malware delivery network that won’t be taken down until the minds behind this are identified,” he wrote.