Who is planning cyberattacks on USA?

Jihadists in the Middle East are ramping up efforts to mount a massive cyber attack on the U.S., with leaders from both Islamic State and Al Qaeda - including a hacker who once broke into former British Prime Minister Tony Blair's Gmail account - recruiting web savvy radicals. 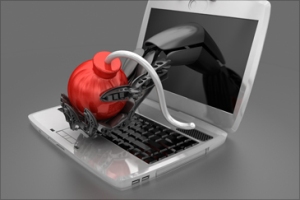 Islamic militants brag online that it is only a matter of time before they manage to pull off a highly disruptive attack on America’s infrastructure or financial system.

In addition, Islamic State, the terror group that claims to have established a caliphate across Syria and Iraq, boast openly of plans to establish a "cyber caliphate," protected by jihadist developed encryption software from behind which they hope to mount catastrophic hacking and virus attacks on America and the West.

“The jihadists are investing a lot in encryption technologies and they have developed their own software to protect their communications and when western agencies work out how to crack them they adapt quickly,” said Steve Stalinsky, executive director of the Middle East Media Research Institute, a Washington-DC-based non-profit that tracks jihadist Internet activity. “They are forward-thinking and are experimenting with hacking. In the future, the jihadist cyber army’s activities will become a daily reality.”

The terror groups are trying to add to their numbers to boost their capabilities, using social media to reach a larger pool of potential recruits and calling on militant-minded specialists to join them. The targets are the websites of U.S. government agencies, banks, energy companies and transport systems.

“The jihadists are investing a lot in encryption technologies and they have developed their own software to protect their communications and when western agencies work out how to crack them they adapt quickly.” - Steve Stalinsky, executive director of the Middle East Media Research Institute

Islamic State's efforts are spearheaded by a British hacker known as Abu Hussain Al Britani, whose real name is Junaid Hussein. He fled his hometown of Birmingham for Syria a year ago to join the group and U.S. intelligence sources say he is one of several key recruiters. Al Britani once led a group of teenage British hackers called Team Poison, and now actively calls for computer-literate jihadists to come to Syria and Iraq.

“You can sit at home and play call of duty (a video game) or you can come here and respond to the real call of duty... the choice is yours,” Al Britani recently tweeted.

In 2012 Al Britani was jailed for six months for hacking into the personal Gmail account of Blair and his family and then posting the details online. He is a potential suspect in last month’s callous murder of American reporter James Foley, U.S. and UK intelligence officials say

Last year, Tunisian jihadists claimed to have hacked Pentagon and State Department websites with the help of Chinese hackers in a cyber campaign they titled “#opBlackSummer.” Jihadist hackers have also targeted Israeli websites.

“We’re in a pre-9/11 moment with cyber," John Carlin, assistant attorney in charge of the Justice Department's National Security Division, warned at a July conference in Aspen. “It’s clear that the terrorists want to use cyber-enabled means to cause the maximum amount of destruction as they can to our infrastructure.”

The jihadist cyber warfare effort has been in the works for years. Some 12 months before the May, 2011 raid on his Pakistani compound, Usama bin Laden cited in a letter to followers the importance of electronic jihad.

And in April 2010 just before his death Abu Hamza Al-Muhajir, a leader in the al Qaeda group in Iraq that spawned IS, was urging militants to show “interest in the matter of hacking, and to encourage anyone possessing this talent... so [that] we destroy the enemy's [web] sites and infiltrate its military, security and political strongholds...We believe that electronic warfare is (one of) the important and effective wars of the future."

The call to electronic arms has been answered.

"In prior years, jihadis would commonly pose for pictures while wearing their traditional garb and surrounded by weapons such as assault rifles and grenades," Stalinski said. "Today, you will see jihadists in similar poses, but with a laptop, smartphone, or tablet added to their arsenal.”

As in any war there are many important skirmishes and battles in the cyber warfare being waged between U.S. computer warriors at the Pentagon and the National Security Agency and the e-jihadis.

There has been a long-running tussle over the encryption technologies and software jihadists have developed to try to protect their communications and data transfers. Al Qaeda’s use of encryption tools was first seen in 2007 when the Global Islamic Media Front, which distributes propaganda material for al Qaeda and other Islamic militant groups, launched encryption software.

It is upgraded regularly when the jihadists discover a breach. A few weeks ago the al Qaeda-affiliated front released an updated version of Android mobile encryption software, saying it was doing so because communication companies were cooperating with American intelligence agencies.

Islamic State has also been developing encryption technology and in a recent issue of its English-language magazine Dabiq it used an encryption program for militants to be able to make contact without their communications being read, sources said.

It should be mentioned that earlier hackers in Iran were convinced of cyberespionage against high-ranking not only USA, but international officials.