The NSA has repeatedly assured the public that it definitely does not perform economic espionage. It may collect metadata and communications from around the world (including that of US citizens) and intercept shipments of computer hardware in order to install its own spying devices, but it doesn't perform espionage in service of American corporate interests. 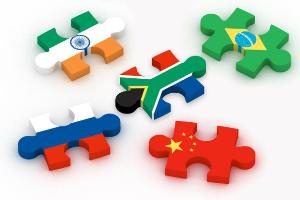 It may collect metadata and communications from around the world (including that of US citizens) and intercept shipments of computer hardware in order to install its own spying devices, but it doesn't perform espionage in service of American corporate interests.

After that categorical statement to the Post, the NSA was caught spying on plainly financial targets such as the Brazilian oil giant Petrobras; economic summits; international credit card and banking systems; the EU antitrust commissioner investigating Google, Microsoft, and Intel; and the International Monetary Fund and World Bank. In response, the USA modified its denial to acknowledge that it does engage in economic spying, but unlike China, the spying is never done to benefit American corporations.

A slight change in wording and the denial still holds. Or does it? The set of documents – issued by Clapper's office – show the US government definitely has plans to do the one thing Clapper says we don't: spy for the benefit of US corporations.

The document, the 2009 Quadrennial Intelligence Community Review—provided by NSA whistleblower Edward Snowden—is a fascinating window into the mindset of America’s spies as they identify future threats to the U.S. and lay out the actions the U.S. intelligence community should take in response…

According to this document, one of the threats that the government might call in the services of its intelligence agencies to handle is a slip in America's "technological and innovative edge." The appropriate response in the free world – especially a country that always tells its citizens they can achieve anything through hard work and determination – would be to allow the struggling corporations to solve their own problems. If it really needed to get involved, the government could take a close look to see if it was creating bottlenecks with iffy IP laws or its random blend of regulation and deregulation. Anything but take the easiest way out.

But if the American way of life (such as it were) is threatened in the future, Clapper's office recommends letting the spies fix it.

The report recommends “a multi-pronged, systematic effort to gather open source and proprietary information through overt means, clandestine penetration (through physical and cyber means), and counterintelligence” (emphasis added). In particular, the DNI’s report envisions “cyber operations” to penetrate “covert centers of innovation” such as R&D facilities.

Cheat to win. And saying everyone else is doing it (even if they are) doesn't do anything more than drag the US down to their level. One scenario included in the document posits Russia and India working together to outpace the US. At this point, the NSA and others would step in to perform cyber-espionage, hacking into the foreign research facilities and making off with proprietary data. The data collected would be (this is a direct quote)

...assesse[d] whether and how its findings would be useful to U.S. industry.

As is noted by Glenn Greenwald, there's no indication the US has actually done this in the past. But it is a long-term document, meant to envision the intelligence agencies' roles over the next 20 years. And one of those roles being discussed is stealing secrets to put US companies ahead.

Some may defend this as being a purely speculative document that details numerous what-if scenarios that will never be played out. But that defense is inadequate. The speculations aren't tied to scenarios in which the US government shifts towards a more China-like role and gives up its ambitions of being the leader of the free world. In these scenarios, the United States is presumed to be doing business as a democratic republic – one that has often sought to rise above this sort of behavior.

The NSA has the capabilities to do many things, some of which remain unexplored (or at least unrevealed). This is one of them. The agency's defenders have argued that it doesn't abuse these powers, but its internal documents (along with statements from former NSA head Keith Alexander) that it will always "play to edges" of its confinements. This document shows it's willing to step into this role if asked to. Or if it thinks it was asked to. Or it may perform this role proactively and ask forgiveness later.

The fact is that this scenario never should have been presented. It's not that much different than using the threat of domestic terrorism as a what-if projection for unencumbered harvesting of US citizens' communications. There are lines you don't cross – not in this nation – even hypothetically. Corporate espionage is one of them. Especially when the US Attorney General is handing out indictments for corporate espionage by the Chinese.