The US government has paid at least £100m to the UK spy agency GCHQ over the last three years to secure access to and influence over Britain's intelligence gathering programmes. 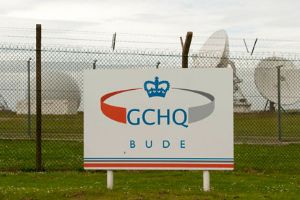 The top secret payments are set out in documents which make clear that the Americans expect a return on the investment, and that GCHQ has to work hard to meet their demands. "GCHQ must pull its weight and be seen to pull its weight," a GCHQ strategy briefing said.

The funding underlines the closeness of the relationship between GCHQ and its US equivalent, the National Security Agency. But it will raise fears about the hold Washington has over the UK's biggest and most important intelligence agency, and whether Britain's dependency on the NSA has become too great.

In one revealing document from 2010, GCHQ acknowledged that the US had "raised a number of issues with regards to meeting NSA's minimum expectations". It said GCHQ "still remains short of the full NSA ask".

Ministers have denied that GCHQ does the NSA's "dirty work", but in the documents GCHQ describes Britain's surveillance laws and regulatory regime as a "selling point" for the Americans.

The papers are the latest to emerge from the cache leaked by the American whistleblower Edward Snowden, the former NSA contractor who has railed at the reach of the US and UK intelligence agencies.

Snowden warned about the relationship between the NSA and GCHQ, saying the organisations have been jointly responsible for developing techniques that allow the mass harvesting and analysis of internet traffic. "It's not just a US problem," he said. "They are worse than the US."

As well as the payments, the documents seen by the Guardian reveal:

• GCHQ is pouring money into efforts to gather personal information from mobile phones and apps, and has said it wants to be able to "exploit any phone, anywhere, any time".

• Some GCHQ staff working on one sensitive programme expressed concern about "the morality and ethics of their operational work, particularly given the level of deception involved".

• The amount of personal data available to GCHQ from internet and mobile traffic has increased by 7,000% in the past five years – but 60% of all Britain's refined intelligence still appears to come from the NSA.

• GCHQ blames China and Russia for the vast majority of cyber-attacks against the UK and is now working with the NSA to provide the British and US militaries with a cyberwarfare capability.

The details of the NSA payments, and the influence the US has over Britain, are set out in GCHQ's annual "investment portfolios". The papers show that the NSA gave GCHQ £22.9m in 2009. The following year the NSA's contribution increased to £39.9m, which included £4m to support GCHQ's work for Nato forces in Afghanistan, and £17.2m for the agency's Mastering the Internet project, which gathers and stores vast amounts of "raw" information ready for analysis.

The papers show the NSA pays half the costs of one of the UK's main eavesdropping capabilities in Cyprus. In turn, GCHQ has to take the American view into account when deciding what to prioritise.

A document setting out GCHQ's spending plans for 2010/11 stated: "The portfolio will spend money supplied by the NSA and UK government departments against agreed requirements."

Other documents say the agency must ensure there has been "an appropriate level of contribution … from the NSA perspective".

The leaked papers reveal that the UK's biggest fear is that "US perceptions of the … partnership diminish, leading to loss of access, and/or reduction in investment … to the UK".

When GCHQ does supply the US with valuable intelligence, the agency boasts about it. In one review, GCHQ boasted that it had supplied "unique contributions" to the NSA during its investigation of the American citizen responsible for an attempted car bomb attack in Times Square, New York City, in 2010.

No other detail is provided – but it raises the possibility that GCHQ might have been spying on an American living in the US. The NSA is prohibited from doing this by US law.

Asked about the payments, a Cabinet Office spokesman said: "In a 60-year alliance it is entirely unsurprising that there are joint projects in which resources and expertise are pooled, but the benefits flow in both directions."

A senior security source in Whitehall added: "The fact is there is a close intelligence relationship between the UK and US and a number of other countries including Australia and Canada. There's no automaticity, not everything is shared. A sentient human being takes decisions."

Although the sums represent only a small percentage of the agencies' budgets, the money has been an important source of income for GCHQ. The cash came during a period of cost-cutting at the agency that led to staff numbers being slashed from 6,485 in 2009 to 6,132 last year.

GCHQ seems desperate to please its American benefactor and the NSA does not hold back when it fails to get what it wants. On one project, GCHQ feared if it failed to deliver it would "diminish NSA's confidence in GCHQ's ability to meet minimum NSA requirements". Another document warned: "The NSA ask is not static and retaining 'equability' will remain a challenge for the near future."

In November 2011, a senior GCHQ manager working in Cyprus bemoaned the lack of staff devoted to one eavesdropping programme, saying: "This is not sustainable if numbers reduce further and reflects badly on our commitments to the NSA."

The overriding necessity to keep on the right side of the US was revealed in a UK government paper that set out the views of GCHQ in the wake of the 2010 strategic defence and security review. The document was called: "GCHQ's international alliances and partnerships: helping to maintain Britain's standing and influence in the world." It said: "Our key partnership is with the US. We need to keep this relationship healthy. The relationship remains strong but is not sentimental. GCHQ must pull its weight and be seen to pull its weight."

Astonishingly, the document admitted that 60% of the UK's high-value intelligence "is based on either NSA end-product or derived from NSA collection". End product means official reports that are distillations of the best raw intelligence.

Another pitch to keep the US happy involves reminding Washington that the UK is less regulated than the US. The British agency described this as one of its key "selling points". This was made explicit two years ago when GCHQ set out its priorities for the coming years.

"We both accept and accommodate NSA's different way of working," the document said. "We are less constrained by NSA's concerns about compliance."

GCHQ said that by 2013 it hoped to have "exploited to the full our unique selling points of geography, partnerships [and] the UK's legal regime".

However, there are indications from within GCHQ that senior staff are not at ease with the rate and pace of change. The head of one of its programmes warned the agency was now receiving so much new intelligence that its "mission management … is no longer fit for purpose".

In June, the government announced that the "single intelligence account" fund that pays for GCHQ, MI5 and MI6 would be increased by 3.4% in 2015/16. This comes after three years in which the SIA has been cut from £1.92bn to £1.88bn. The agencies have also been told to make £220m savings on existing programmes.

The parliamentary intelligence and security committee (ISC) has questioned whether the agencies were making the claimed savings and said their budgets should be more rigorously scrutinised to ensure efficiencies were "independently verifiable and/or sustainable".

The Snowden documents show GCHQ has become increasingly reliant on money from "external" sources. In 2006 it received the vast majority of its funding directly from Whitehall, with only £14m from "external" funding. In 2010 that rose to £118m and by 2011/12 it had reached £151m. Most of this comes from the Home Office.